How Nigeria can benefit from renewable energy components- NAEE, IAEE 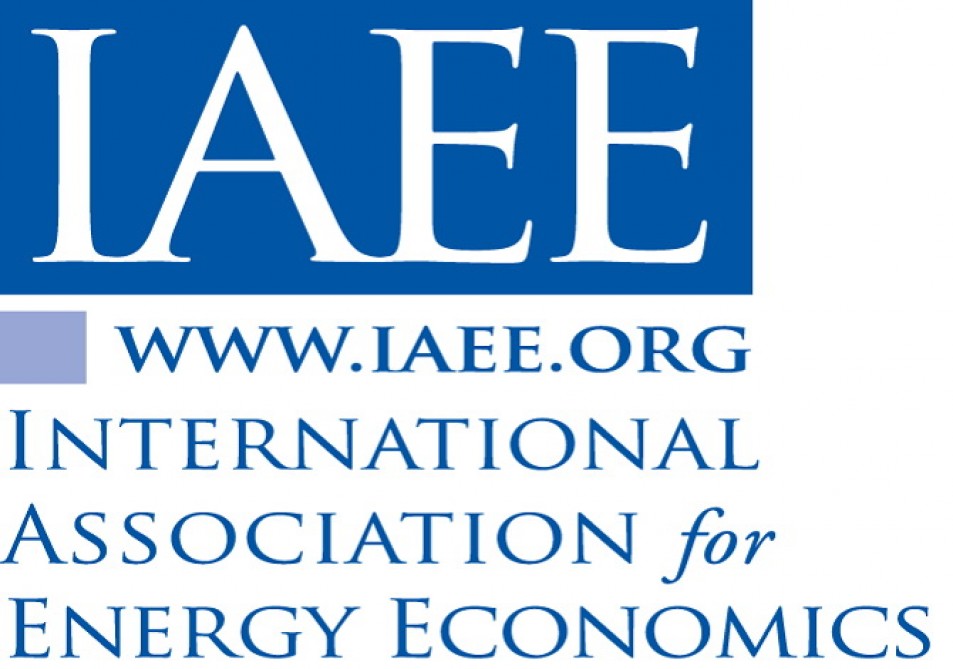 06 June 2018, Sweetcrude, Lagos — The emerging global energy landscape has implications for emerging energy economies due to changes in technology, economics, and public policy.

These changes have turned major energy importers to exporters (e.g the US); unconventional energy sources becoming conventional and made renewable energy components of the global energy supply mix, significant, portending great consequences, and perhaps, opportunities for emerging economies like Nigeria.

However, he said it is, however, still worrisome that Nigeria is yet to achieve a quantum energy leap required to achieve sustainable economic development despite several decades of significant petroleum revenue that comes with huge hydrocarbon production.

The conference provides a platform for energy professionals and stakeholders in the energy industry, academia and Government Agencies/Institutions to crossbreed ideas and information on the “Dawn of a New Era in the Global Energy Landscape: Implications for an Emerging Economy”.

Over 60 technical papers were presented with three plenary sessions on issues relating to the conference theme, and strategies for achieving Nigeria’s economic growth and development, in the face of changing the global energy landscape.

Prominent amongst the issues raised at the various plenary sessions were concerns about the Petroleum and Energy Industry Regulatory and Fiscal/Management bills; failures of the electricity sector as well as the potentials for utilizing Nigeria’s various energy resources in a sustainable manner.

The oil and gas industry was recognised still, as potentially the major driver of Nigeria’s quest for achieving increased economic growth in the new energy era.

Regarding Renewable Energy
Globally, renewable energy adoption and utilisation in electricity generation have received increasing attention. This results from increasing interest in environmental sustainability and carbon emissions reduction from energy consumption. Interestingly, Nigeria has huge renewable energy resources. However, they are underdeveloped and underemployed in the electricity sector, partly because of overdependence on petroleum, and inadequate policy and institutional frameworks for adoption and integration of renewables in the energy mix. However, with government’s renewed interest in diversifying the energy supply mix, renewables (especially hydropower) are expected to become a major source of electricity generation, especially for off-grid utilisation.

Regarding the Oil Sector

Nigerian economy still exhibits some resource course syndrome, such as stagnant industrialisation, very low contribution of the sector to national economy in terms of GDP (currently 10% of GDP).

In spite of its low contribution to GDP, the nation has relied heavily on revenue from petroleum for budget allocations, constituting 90% of foreign exchange earnings; 80% of government revenue; and 60% of government tax receipts. This situation culminates in an unbalanced economy.

It was widely acknowledged by stakeholders at the NAEE conference that this situation resulted from poor institutional and energy sector governance framework, inadequate technical skills to manage the sector, and lack of transparency and accountability in the sector.

These issues, in addition to uncertainty in the fiscal framework for the industry, have jeopardised investors’ confidence in the sector.

Against this background, the new Petroleum Industry Governance Bill, PIGB is viewed, despite perhaps its imperfections, to provide a shift in paradigm from oil revenue dependence to reliance on hydrocarbon as an input for powering Nigeria’s economy.

Some of the underpinnings of the new bill, which is awaiting the assent of the President of the Federal Republic of Nigeria to become an Act include:

·A transition to value creation rather than dependence on oil and gas sales for revenue collection.

·Building governance and institutional structures for efficient management of the sector with clearly defined roles.

·Enhancement of the role of the market system in creating economic efficiency in the sector.

·Removal of the discretionary award of natural resource assets, which for years have constituted barrier to entry in the domestic oil and gas sector.

Regarding the Natural Gas Sector
Globally, natural gas production and consumption have been rising, especially for power generation. This improvement is in accordance with its relatively cleaner and low carbon emission characteristics. Hence, it’s increasing deployment as a transition fuel.

Some of the highlighted challenges limiting gas sector development for economic expansion include:
·Lack of or inadequate fiscal and regulatory framework for the gas sector, thus hindering access to finance for natural gas projects.

·Lack of requisite infrastructure for gathering and processing, as well as transportation of natural gas.

·The issue of incessant pipeline vandalism and barriers to entry in gas midstream and downstream segments.

·Lack of a legal framework for natural gas contracts and poor pricing of the resource. These are disincentives to investors in natural gas infrastructure development.

·Natural gas fiscal terms are disentangled from those of oil to encourage focused investment in the natural gas sector.

·Enhancement of natural gas utilization using available technologies, as opposed to continued flaring. This will serve as a temporary bridge to the future, especially against the backdrop of inadequate infrastructure.

·Encouraging new participation in the natural gas sector by creating opportunities for deployment of mini/micro natural gas capture and extraction technologies instead of venting natural gas.

·Addressing environmental inequality resulting from natural gas flaring in the Niger Delta, as well as saving the ecosystem within the region.

In addition, the policy provides stringent measures against gas flaring as well as a criterion that those bidding for petroleum projects in the country must have a comprehensive solution to the natural gas flare problem. These measures will dis-incentivize operators from natural gas value destruction and the consequent environmental damages.

Regarding the Power Sector
There is a consensus among stakeholders at the conference in respect to the strong nexus between energy consumption and economic growth.

In spite of the abundant energy resources in Nigeria, GDP is negatively impacted by inadequate electricity supply.

This is abysmal, for a nation with about 36 billion barrels of proved crude oil reserve, over 180TCF (trillion cubic feet) of natural gas reserves and a population of nearly 180 million people.

Although the government made efforts to reform the sector, a larger population of the inhabitants still suffers from electricity insecurity.

The main causes of failure to implement the electricity sector reforms hinge on the political economy and legal framework and not technology; which in part, arose from the benefits and costs to the vendors of imported generators, and disco owners’ desires to protect and defend their advantages; the degree of ineffectiveness and inefficiency of the regulatory agencies in dealing with the challenges resulting from unbundling the sector and the competition issues therefrom; as well as poor mix of technologies.

2018 NAEE Stakeholders’ Recommendations
The conference x-rayed some of the challenges militating against the Nigerian energy sector, and the prospects for the country, especially in the face of changing the global energy landscape. The following are recommendations to guide Nigeria’s path in the new energy era:

·There is a need to recognize that natural resources exist not as an entitlement for creating economic and environmental damages; hence, Nigeria must manage her petroleum assets transparently and equitably, for energizing the economy through value creation rather than a primary source of revenue.

·The need for strategic investment in refineries for the increased production of petroleum products domestically, rather than continued importation, which is unsustainable, as it is prone to price volatility in the international commodities markets which is exacerbated by geopolitical issues.

·Government must take steps to end subsidy in the petroleum sector due to its distorting effects on the market, as well as acting as a disincentive for investment in the sector.

·Government could re-invest the money meant for subsidy payment into renewable energy and gas infrastructure development projects, and for creating Energy Bank.

·Government should deploy the right of pre-emption to ensure processing of hydrocarbons in Nigeria, by amending Section 6 of the Petroleum Act.

·There is a need to minimize the footprint of bureaucracy which has been a major cause of the rising cost of oil and gas production in Nigeria.

·Going forward, government institutions must be governed by laws rather than by individuals.

·Government must allow markets and economic efficiency to drive our economic growth and development.

·The bane of Nigeria’s poor performance has been lack of long-term strategic plans, thus, there is need for restoration of development plans (long-term economic planning), with macroeconomic indices designed to measure and assess performance; rather than the short-termism practiced today.

·Such long-term strategic plans and the various components of the Petroleum Industry Reform Bills must align with national economic aspirations, promote growth and development in the petroleum and energy sectors, create a conducive business environment, and less bureaucracy for greater ease of doing business.

·Right mix of monetary policies should underpin all efforts toward delivering the country in the new energy era.

·Our reforms must be hinged on market-based solutions. This will improve the business environment as well as investors’ confidence.

·In the quest for advancing Nigeria’s energy course, effort must be geared towards safeguarding health, safety and the environment.