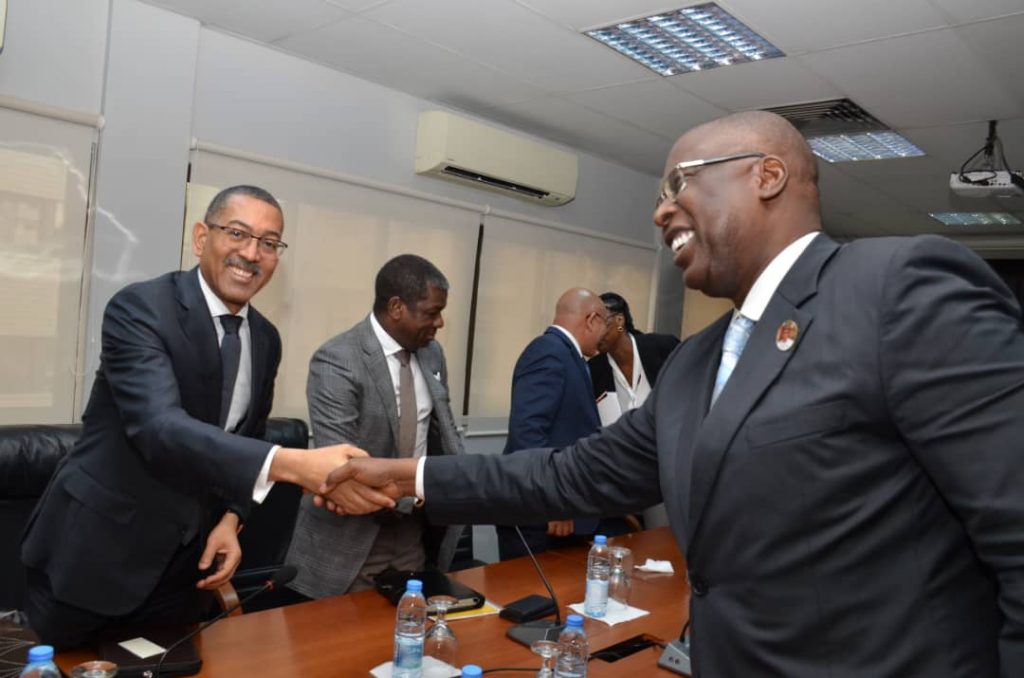 *Chief Timi Sylva in a handshake with Angola’s minister of Energy and Water, João Baptista Borges in Luanda

Lagos — Nigeria’s Minister of State for Petroleum Resources, Timipre Sylva has just rounded up a diplomatic offensive to press compliance with the OPEC Declaration of Cooperation, DoC, among African oil producers including Angola, Gabon and South Sudan. 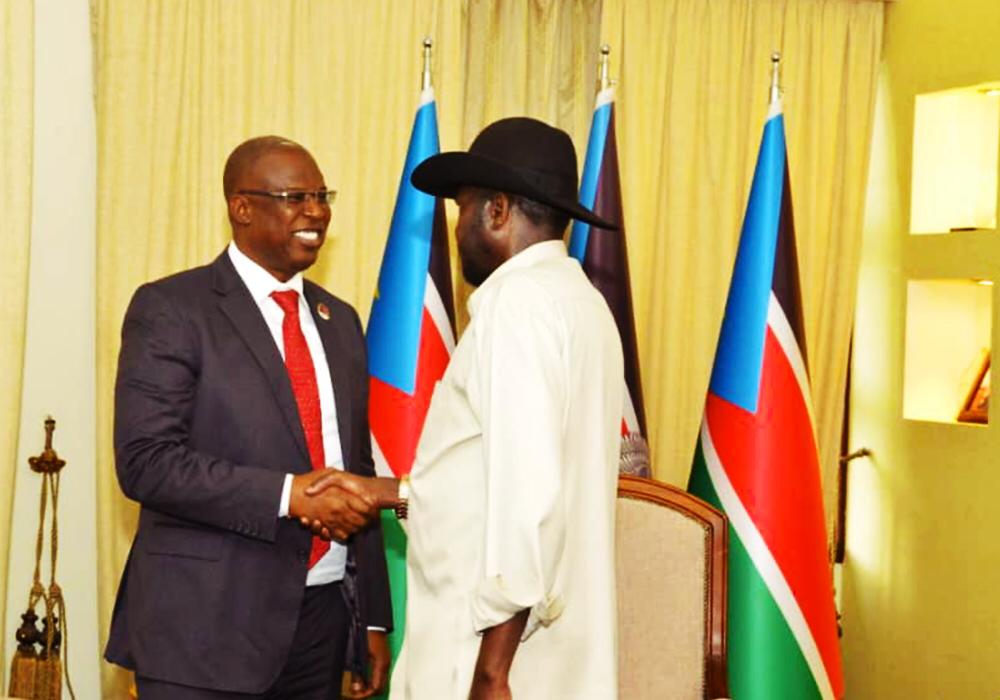 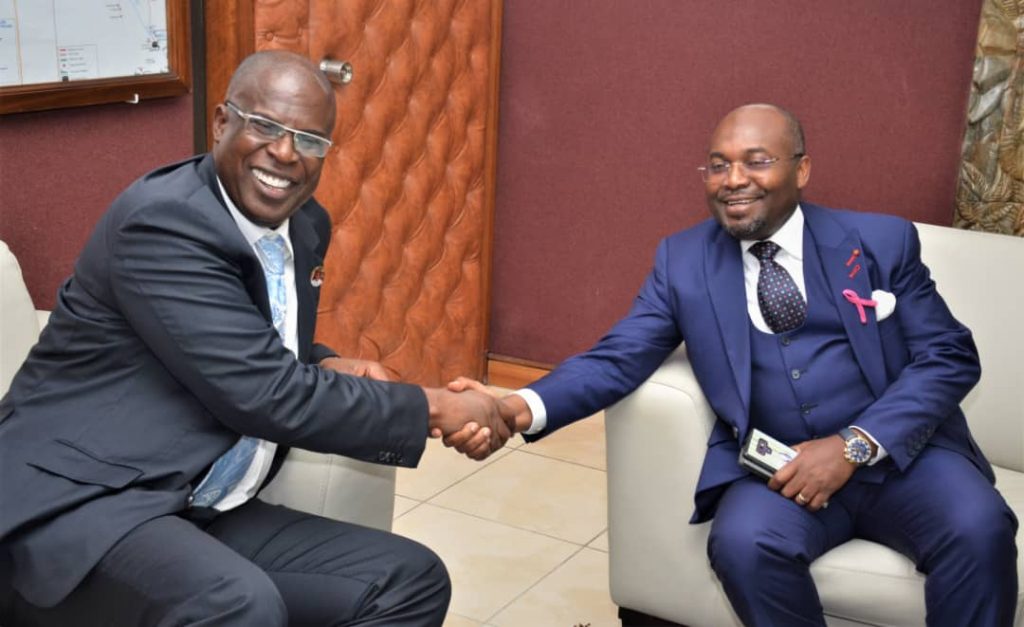 *Chief Timi Sylva being received by the Minister of Petroleum, Gas and Hydrocarbons H.E. Noel Mboumba in Libreville.

“In fact, in August they cut over 600,000 but they are now threatening that if others are not going to comply they will also comply by 100% and no more.
That will send the market back to pre-2017 and we will all
Be losers.

“We are asking the Saudi government to support us on a number of projects in the industry. As you might know we are signing an MoU on the energy sector. They expressed concern about Africa’s failure to abide by the DoC Agreement.
That’s why we took it upon ourselves to go speak to them,” the official disclosed.