Nigeria to earn fresh $6.35bn in taxes and royalties 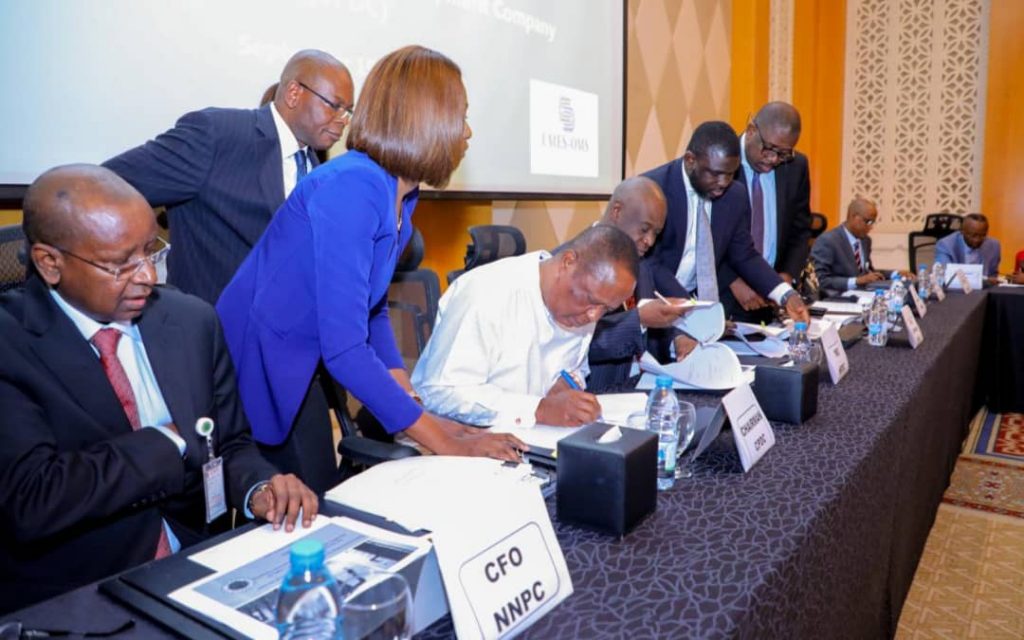 A release by NNPC Group General Manager, Group Public Affairs Division, Mr. Ndu Ughamadu, stated that NNPC Chief Financial Officer, Mr. Umar Ajiya, disclosed that the project, which scope cuts across exploration, development, production and provision of facilities with incremental first oil targeted for Q4 2020, was estimated to have potential reserves of 800 million barrels of oil equivalent (mmboe) with an ultimate recoverable reserve of 244 mmboe and cumulative production of 44mmboe from the Abura Main and Abura SE fields.

Mr. Ajiya explained that over the project’s life, it was expected to generate over $6.35bn in taxes and royalties to the Federation to support Government’s medium to long term economic development agenda.

Speaking at the closing meeting with the financing partners in Dubai, United Arab Emirates, Mr. Ajiya, described the contractor financing model as an innovative approach by NPDC to funding its operations in response to the challenging economic environment, saying the approach would fast-track the development of NPDCs under-developed assets.

Throwing more light on the financing strategy, the CFO explained that the package entailed comprehensive financing solution that addresses the complex issues involved in growing NPDC’s production, minimizes its cost of capital, and maximizes its value preservation, adding that it also strikes a balance between risk and reward which gives investors a rate of return that is commensurate with funding a brownfield project which has significant exploration risk.

He said the expectation was that this collaboration between NPDC and CPDC would translate in real terms to the efficient execution of the scope of activities for the optimal development of the OML 65 Asset within cost and schedule, whilst maximizing value to all the stakeholders.

He said it was projected that the collaboration would enhance operational and financial performance strictly guided by the pre-agreed Key Performance Indicators (KPIs) which remains critical for determining incentive payment due to CPDC.

On CPDC’s right to provide technical services, the CFO listed the field of consideration in this regard to include: drilling and completion services; building capacity and technology transfer; generating employment opportunities for youths with attendant positive multiplier effect on the nation’s economy, among other considerations.