Nigeria to force lending by capping deposits at central bank 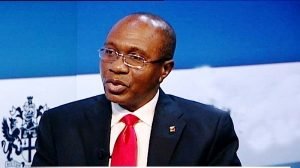 Lagos — Nigeria plans to encourage lending by capping banks’ interest-bearing deposits at the central bank, the latest in a series of measures aimed at reviving an economy stuck with low growth.

The central bank said in a circular dated July 10 that daily placements with it by lenders above 2 billion naira ($6.5 million) would not earn interest.

Previously, lenders could earn interest with the central bank on deposits up to 7.5 billion naira.

The latest rule, which takes effect from Thursday, is the second in a week targeted at increasing credit to businesses and consumers. The central bank is seeking to boost loans by trying to force banks to lend after a recent recession.

Nigeria’s economy, Africa’s biggest, has recovered from that contraction, but lending has failed to flourish as growth is slow and banks prefer to invest in risk-free government securities or pack cash with the central bank for a fee.

Lenders have pointed to a weak economy after an oil price crash triggered recession and a currency crisis made loans go sour.

The central bank has said it would recapitalise the banking sector to tackle weak capital bases over the next five years after a series of currency devaluations.

“This directive is unlikely to force Nigerian banks to grow their lending aggressively,” said Peter Mushangwe, banking analyst at Moody’s. “In our view, the additional liquidity will likely move to the interbank market rather than lending.”

The central bank had been issuing open market securities at high yields to mop up naira, a policy it maintained for more than two years to lure foreign inflows into bonds and support the currency. However, no new issues have been floated in a week.

In March, the bank cut benchmark interest rates in a surprise move, saying it wanted to signal a new direction in helping to stimulate growth.

Analysts said the raft of policies by the central bank could hurt bond yields but would do little to boost lending unless credit risk was addressed through government reforms.

The benchmark one-year treasury bill traded at around 11% on Thursday from a high of 12.4% three months ago. Bond buyers had hoped the central bank would start to increase naira liquidity to improve funding conditions.

Moody’s said the move is unlikely to affect banks’ credit profiles as revenues for local lenders largely depend on interest incomes, treasury securities, fees and commissions. Income from deposit with the central bank is negligible.

Nigerian President Muhammadu Buhari won re-election in February and has pledged to get the economy growing again. But he has failed to set up a cabinet four months after gaining a second term.

“Yields are definitely heading lower and this will drag the bonds along too. I expect to see a pricing war on loans,” a Stanbic analyst wrote in a note.