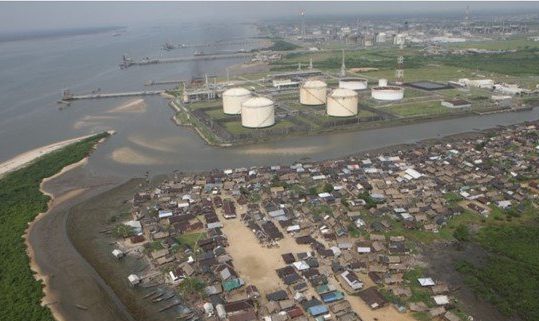 Port Harcourt — The Nigeria Liquefied Natural Gas Limited, NLNG and the contractor handling the EPC of its Train 7 project, Saipem, Chiyoda and Daewoo JV, have been accused of neglecting host community content development, following its plans to kickstart early works and tie-in for the project.

To this end, a group set up by the Amanyanabo of Bonny Kingdom, HRM King Edward Asimini Pepple III, to monitor community content in the project – Bonny Kingdom Local Content Compliance Committee, BKLCCC, has accused NLNG of deploying divide and rule tactics in its engagements.

Chairman of BKLCCC, Amaopusenibo Opuada Willie-Pepple, said more than 16months after submitting its list of local contractors to the Nigerian Content Development and Monitoring Board for verification, through NLNG, it was yet to get a feedback on the approved list of contractors.

Willie-Pepple wondered where the the gas multinational firm and its contractor, SCD JV intends to source local contractors from.

He accused the firm of stoking crisis in the community, by attempting to pitch sections of the community against each other, a situation which he said was an affront on the Amanyanabo of Bonny Kingdom, accusing the company of trashing engagement guidelines availed it by the Bonny Chiefs Council, which the Monarch presides over.

The BKLCCC maintained that as a result of these, it has pulled out of further negotiations with NLNG and SCD JV, insisting that it would only return to the negotiation table when these issues are addressed.

“It is a thing of worry that for over one year and four months since the BKLCCC sent our list of indigenous contractors and our partners to NLNG for verification, more than half of the companies on the list are yet to be contacted to upload their documents for verification and till date, no verified list of indigenous contractors and their partners has been forwarded to BKLCCC and SCD JV.

“We know that NLNG has made some positive contributions in the Bonny Kingdom but that was achieved because they adhered to existing constituted traditional authority in Bonny Kingdom, but presently they seem to want to create disunity in our kingdom.

“What they expect us to do is to gather ourselves together and say we are going out against a particular house and let people die. That is what they want. If not the Amanyanabo-in-Council cannot give his word and a company that is on Bonny soil will decide to look at the Council in the face and to do otherwise.”

“The actions of the Nigeria LNG was an egregious slight on its host community, Bonny Kingdom. Contrary to the directive given to the NLNG/SCD JV when they were introduced to the Bonny Chiefs’ Council, that Bonny is one Kingdom led by the Amanyanabo-in-Council and the Council directs the affairs of the Kingdom.”

Reacting, the management of NLNG has denied BKLCCC’s claims, explaining that local content development was at the core of its drive to deliver its Train 7 project, and would continue to engage the community in its efforts at implementing the project in a peaceful and beneficial way to all stakeholders.

NLNG General Manager, External Relations and Sustainable Development, Nigeria LNG, Eyono Fatayi-Williams, said the company holds the Bonny Monarch in high esteem and would not act in any manner to disrespect him or his office.

“The Company considers the community as a trusted partner and remains committed to the unity of the Kingdom. Sustainable development of Bonny Kingdom and local content development remain at the core of the Train 7 Project.

“NLNG will continue to engage the leadership of the Kingdom in its desire to ensure the successful execution of Train 7 Project in a manner that is both peaceful and beneficial to Bonny Kingdom, Rivers State and Nigeria.”