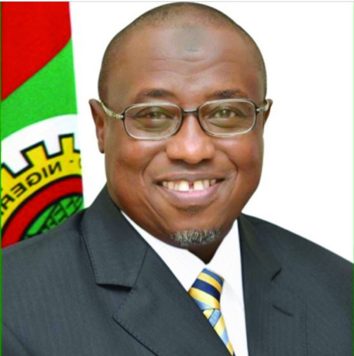 In a statement in Abuja, Baru described his two years in the saddle as ‘exciting’, said ever since he was appointed by President Muhammadu Buhari, he had enjoyed a great level of support from all staff in moving the corporation forward.

“Going forward, our priority will be to remain globally competitive. In pursuing this, we will ensure the gradual transition of NNPC from an integrated oil and gas company to an energy company. We will also review our business models to reflect current operations reality with improved profitability, transparency and accountability as the cornerstone,” Baru said.

He said the 12 Business Focus Areas (12 BUFAs) was designed to succeed, having emplaced aggressive business improvement policies to ensure NNPC’s performance threshold across the oil and gas value chain.

He explained that the NNPC under his watch had initiated and successfully completed milestone deliverables in the Upstream, Midstream, including the refineries and in the Downstream, leading to improved performance and business stability across the corporation’s major operations and entire value chain activities.

In the upstream sub-sector, Baru said the corporation had worked hard to sustain production level from the nation’s assets to above average of 2million barrels per day in 2018.

He said aside securing approval and signing off the novel financing structure with Schlumberger for the NNPC/First E&P JV which is expected to deliver a peak production of 50kbopd and 120MMscfd by 2019, the corporation had maintained commitment to repayment of cash calls arrears where about $1bn dollars of $5bn indebtedness has been settled.

In the midstream sub-sector, Baru observed that NNPC had remained a critical gas supplier to the domestic market with a dominant market share and supporting Government’s gas-to-power initiative, currently supplying an average of 720MMscf/day which represents about 47% of total gas supply to the domestic gas market.

He said under his watch, the country celebrated a record highest peak power generation of 5,222 megawatts (MW) on 18th December 2017 with 76 per cent of the generated power from thermal power plants, adding that gas supply to industries has also increased with an average daily supply of about 450mmscfd, Dr Baru noted.

“In addition, we kicked off the 614 kilometers Ajaokuta-Kaduna-Kano (AKK) pipeline project, after obtaining Federal Executive Council (FEC) approval for the EPC of the Ajaokuta-Kaduna-Kano gas pipeline on 13th December 2017. The pipeline on completion is expected to deliver gas to the ongoing Abuja, Kaduna and Kano Power Plants with the potential to generate additional 3600MW to the national grid,” he noted.

In the downstream, Baru said milestone had also been achieved in rehabilitating and putting back on stream key downstream infrastructure that is critical to sustaining smooth and cost-effective distribution of petroleum products across the country.