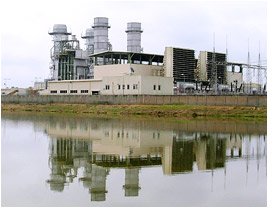 But, the NNPC would want the plant to be completed ahead of the 2019 projected delivery date.

The project, for which the NNPC and Agip recently inaugurated a 12-man committee to push it, will generate an additional 480 megawatts, MW, on top of the current output of the existing Phase 1 plant.

NNPC’s Group Managing Director, Mr. Maikanti Baru, said the decision by the partners to embark on the second phase of the Okpai power project was hinged on the enormous success of Okpai Phase I, which he described as the most consistent power plant in the country.

The NNPC Group Managing Director charged the 12-man committee to work hard and explore the possibility of delivering the project ahead of the 2019 target date, stressing that the project was very critical to the nation’s power aspirations.