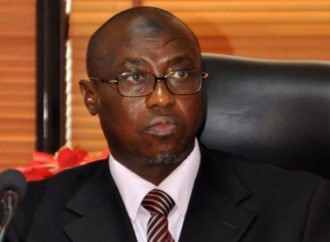 In a statement in Abuja, Group Managing Director of the NNPC, Mr. Maikanti Baru, listed some of the mega projects that would be launched in the coming year to include: Bonga South West/Aparo; Zabazaba; Bosi; the 7 critical gas projects and gas pipelines; NLNG Train 7 plus expansion; possible divestment of Government equity in Joint Ventures (JV) and development of modular refineries amongst others.

Baru, who made the call in London during the conferment of the Forbes Oil & Gas Man of the Year Award on him, said the NNPC would be involved in these and more numbers of projects which would require international collaboration.

He said, “Our programme for 2018 is very aggressive and will require cooperation from the international community in supporting our activities through technical and financial collaboration.

“Today, the confidence of investors is being restored, thanks to good governance provided by the administration of President Muhammadu Buhari. I, therefore, call on you all to utilize this golden opportunity made possible by our supportive President.”

Baru averred that international collaboration between the NNPC and its partners was fast yielding results, adding that within the last three years, NNPC had secured about $3.7 billion alternative financing agreements aimed at sustaining and increasing the national daily production and producibility.

He said the alternative financing approach had yielded positive results and helped to renew investors’ confidence resulting in a boost in Foreign Direct Investments in Nigeria.

Baru observed that the financing arrangement had also deepened the participation of local banks in funding the Upstream Sector as it the funds were syndicated from both local and International banks as well as lenders.

He commended the local and international lenders and the Joint Venture partners for their continued faith in Nigeria and their support towards providing the funding.

Thanking Forbes for the 2017 Africa Oil & Gas Man of the Year Award conferred on him, Baru described the recognition as not only special to him, but to all Nigerians.

“This award is so special to me. It is an award to Nigeria which fills me with immense national pride. It also reinforces the long-established and far-reaching impact of the NNPC in national, regional and global economic growth and stability,” he added.

The award, he said, came to him as a big surprise, owing to the fact that the scope of the nomination represents a huge selection of highly qualified professionals across Africa.

While conferring the award on the GMD, a representative of Forbes, Mr. Mark Furlong, said his institution was celebrating an embodiment of hardwork, integrity, and intelligence who was making giant strides in Nigeria’s oil and gas industry and beyond.

“Baru is admired and celebrated nationwide and internationally. He is a credible and courageous man with high moral virtue. His broad knowledge and positive leadership style are worthy of emulation,” Furlong added.

Also speaking, Chairman, Senate Committee on Petroleum (Upstream), Senator Bassey Akpan, said having worked closely with Baru when the GMD was GED Exploration & Production, the Forbes award did not come as a surprise.

“Baru has done well as the GMD of NNPC over the last 18 months. He is a strong-willed fellow whose passion and commitment to his job is incomprehensible. I believe Forbes will find him more deserving of this award,” Akpan concluded.