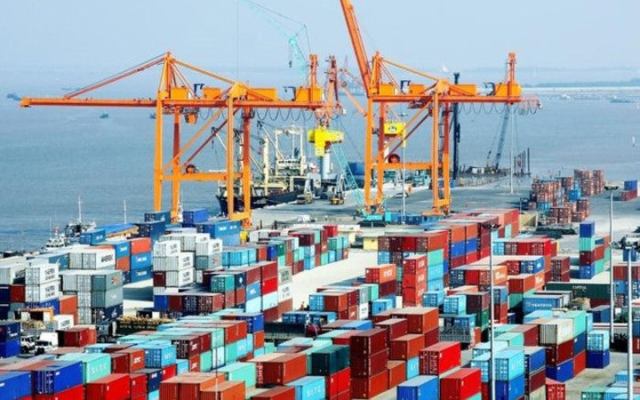 Lagos — In a bid to permanently keep Ocean Marine Security, OMS operators off the Secure Anchorage Area, SAA, of the Lagos approaches, the Nigerian Ports Authority, NPA, has amended the British Admiralty Chart 1381, thereby nailing the SAA operated on behalf of the Navy by OMS Limited.

SweetcrudeReports gathered that the Nigerian Navy in collaboration with the United Kingdom Hydrographic Office (UKHO) published the Secured Anchorage Area (SAA) in its admiralty chart No.1381 of Lagos Ports, indicating that the anchorage being operated by the NPA is ill-equipped, thereby giving an impression that it is not secured, a development that prompted NPA to amend the Chart.

This is contained in a report on a petition to the National Assembly by a group named Association of Professionals for Safety in Shipping in Nigeria (APOSSIN) over NPA’s position on the SAA.

The UKHO claims according to the document, is contrary to the assessment of the same facility by the International Maritime Organization, IMO, which commended NPA for the standard of facilities and security at the location.

According to the report, “Sequel to investigation conducted, NPA found out that the said SAA was authorized by NIMASA who published a Marine Notice on the existence of the SAA as an Additional Security Service Facilities for the provision of dedicated 24/7 watch to vessels seeking extra protection while at the anchorage offshore Lagos. Furthermore, the Authority found that the Nigerian Navy in collaboration with the UKHO published the SAA in its Admiralty chart No.1381 of Lagos Ports.

“The authority also observed that some false information in the charts indicated that the Anchorage being operated by the Authority is was ill-equipped, thereby giving an impression that it is not secured. This is contrary to the assessment of the same facility by the IMO, which commended NPA for the standard of facilities and security at the location.

“It is in the light of the above observations, coupled with high cost for vessels coming to Nigeria arising from the exorbitant charges being collected by the OMSL that the NPA vide its letters reference dated 24th October 2017 and 25th October 2016 respectively sought the intervention of the Honorable Minister of Transportation to dismantle the facility.”

Responding to issues raised by APOSSIN in its petition, the NPA in the document said it did not in any way interfere with the functions of the Nigerian Navy.

“The mandate of the Nigerian Navy according to law is to provide security in Nigeria’s Territorial Waters (including the Economic Exclusive Zone). The Authority submits that the Anchorage is an integral part of a seaport and that by virtue of its enabling law; the Nigerian Ports Authority Act, it is the responsibility of the Authority to chat, designate, own, operate and manage Ports Anchorage Areas except where such responsibility is entrusted to a third party in accordance with Section 9 of the Ports Act.

“It is pertinent to state that the Secure Anchorage Area lies within the Lagos Pilotage District of the NPA as entrenched in the Ports Act and as declared by the Honourable Minister of Transportation.

The authority did not transfer that responsibility to the Nigerian Navy nor to the Private Security Outfit concerned-OMSL.” it stated.

The document read in parts, “The authority reiterates that the Secured Anchorage Area falls within its Lagos Pilotage District. The authority submits further that even if the security of the nation’s maritime domain statutorily vested on the Nigerian Navy, which is denied, the activities being carried out by OMSL in collaboration with the Nigerian Navy, is port related and falls within the functions of the Authority.

“It is pertinent to state that by virtue of Section 7 (d) and (e) of the Nigerian Ports Authority Act, it is the responsibility of the Authority to: (d) “provide for the approaches to all ports and the territorial waters of Nigeria such pilotage services and lights, marks and other navigational services and aids, including cleaning, deepening and improving of all waterways” (e) “provide facilities for berthing, towing, mooring or dry-docking of ships in entering or leaving a port or its approaches”.

“The Authority submits that the Secured Anchorage Area is being operated by OMSL, a Private Sector Entity but with logistical support from the Nigerian Navy. The authority wishes to state that sometime in 2014, it procured and handed over to the Nigerian Navy three (3) state-of-the art brand new Patrol Boats for usage by the Nigerian Navy to safeguard the Lagos Anchorage and offshore waters within the Lagos Pilotage District.”