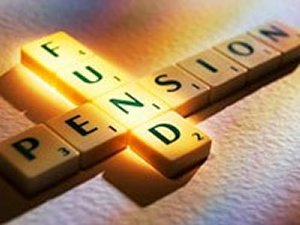 15 February 2019, Sweetcrude, Lagos — The National Pension Commission or PenCom says the number of contributors to Nigeria’s pension fund has grown to 8.41 million.

Ms Aisha Dahir-Umar, PenCom’s Acting Director-General, disclosed this at the public hearing of the House of Representatives Ad-hoc Committee in Abuja.

The committee is mandated to investigate activities of PenCom and alleged violation of Acts establishing it.

Dahir-Umar, who announced that the total pension fund assets have grown to N8.63 trillion as at December 2018, said the fund had an average monthly contribution of N29.15 billion, while the total pension assets were equivalent to 7.40 per cent of the Nigerian re-based GDP.

She said that the number of registered contributors grew to 8.41 million as at December 2018.

She said that the Contributory Pension Scheme, CPS, had simplified the process of payment of retirement benefits through the issuance of effective regulations and guidelines for accessing such benefits.

Dahir-Umar also disclosed that 260,808 persons had retired under the Scheme as at December 2018 and were currently receiving pensions as and when due with an average monthly pension payment of N10.18 billion.

“To date, about 200,000 private sector employers of labour are implementing the CPS and have contributed about 60 per cent of the total pension fund assets,” she also disclosed.