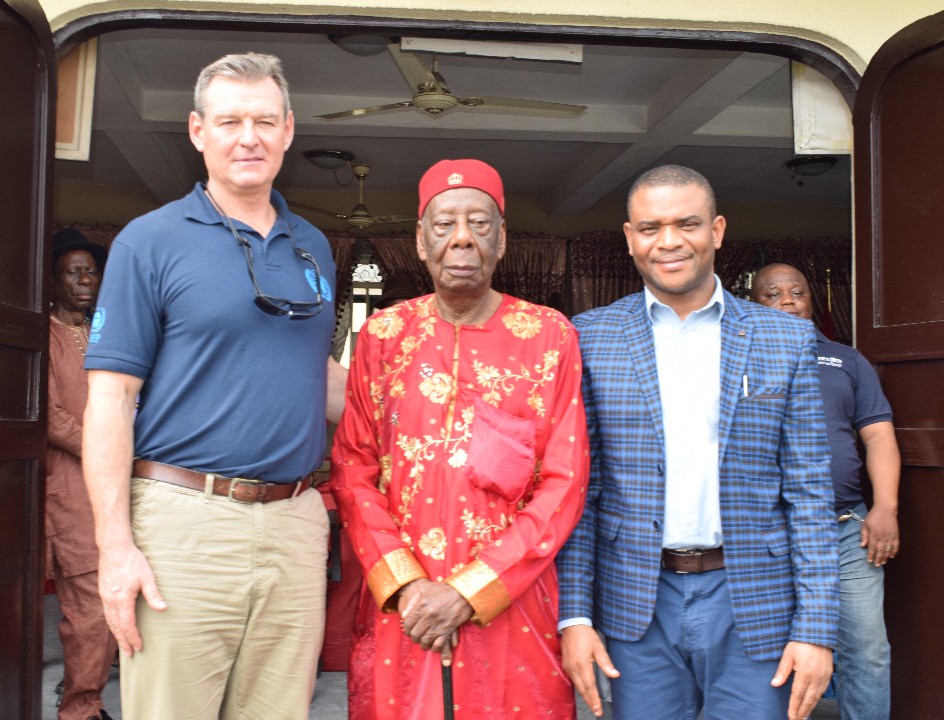 09 March 2019, Sweetcrude, Lagos — The situation may have worsened 40-years after operators of the Ogoni field, Shell Production and Development Company, SPDC, shut down exploration activities even as communities in the area record fresh oil spill.

According to our sources, an oil spill occurred about one week ago.

This newspaper learned that the spill could be either as a result of an illegal break in the pipeline, or aging facility.

Illegal bunkering and militancy is a prevalent menace in the Niger Delta generally, especially in communities where their main sources of livelihood, fishing, and farming, had been impacted by the spill.

And as a result of the abandonment of the Ogoni communities by Shell, oil pipeline still running through the communities have suffered neglect as the IOC has been unable to gain access to enable it to operate.

Although the cleanup is yet to start, SweetcrudeReports gathered that a set of people sitting on the board of some of the cleanup committees are already siphoning part of the money meant for the exercise.

After the different committees were set up, there was an incorporation of the Ogoni Trust Fund & Escrow Account opened in Standard Chartered Bank of London for the board of trustee of HYPREP and credited with $177 million US dollars out of the $200 million part payment between April and August 2018 by Shell and other partners. This is just 20 percent of the total $1 billion initial cleanup fund needed.

However, SweetcrudeReports learned that the federal government which owns the majority of the shares is yet to credit the account with its own part, $23 million which is supposed to come to the Port Harcourt refinery and this has slowed down the cleanup.

Our sources also revealed that 16 out of the total number of contractors have already been certified for the contracts, and the least money paid to each, was nothing less than N104 million.

A set of people are said to have emerged in the region referred to as ‘cleanupreneurs’ who have suddenly turned the cleanup process to where they can benefit from, thereby jeopardizing the whole essence of the exercise.

The oil spill devastation in Ogoniland gained international recognition after ensuing agitations in the area resulted in the killing of the Ogoni five and subsequently, the Ogoni Nine.

However, constituting these bodies did not bring succor to the challenges, leading to the Hydrocarbon Pollution Restoration Project, HYPREP establishment in July 2012. HYPREP was re-established under the Federal Ministry of Environment as published in the Federal Government Gazette No. 176, Vol. 103 of December 2016.

Then there was a flag-off of the cleanup in  June 2016, inauguration of the Governing Council  & Board of Trustees August 2016, ground-breaking ceremony for the Integrated Contaminated Soil Management Centre in February 2017 performed in Bori, incorporation of the Ogoni Trust Fund & Escrow Account opened in Standard Chartered Bank of London for the board of trustee of HYPREP and credited with 177 million US dollars in April –August  2018, procurement of contractors (Advert in March 2018, Award in September, 2018, mobilization of contractor and hand-over of sites to contractors handing over 16 polluted sites to companies that would clean them up in December 2018, and then re-engage UNEP to provide technical support in Communications and Project Management in March 2018.

SweetcrudeRrports learned that stakeholders have already lost faith in the HYPREP as many are concerned about why it metamorphosed from a project into an organization now made to handle the whole cleanup process.

HYPREP was initially inaugurated to be the cleanup itself after which it would be discarded after the cleanup process has been completed.

However, its current function as the umbrella body for the cleanup, many say, and have accused holders in the organization as being used for fraudulent activities to siphon funds.

First, before Shell and other JV partners released the $177m, an initial $10m was donated by same Shell, out of which $5m was changed into naira and used in setting up HYPREP.

Stakeholders say the body had functioned well under the Ministry of Petroleum but same can no longer be said about it since it was moved to the Ministry of Environment as it is slowed down by bureaucracy.

Again, the body is being accused of politicisation, and lacking a clear cut plan on how the money should be deployed to the necessary elements needed for the cleanup, which at the end of the day, could lead to a waste of time, and scarce resources.

Ogoni divided against itself

The cleanups process and the huge money involved has in itself, divided Ogoni people against itself.

SweetcrudeReports gathered that there are now factions even among the MOSOP, as it now has up to five presidents each claiming to be the main group.

Recently, there was clamour by the Ogoni people for Shell to return to Ogoni, a call later rebuffed by the IOC.

However, one of our sources hinted that the call for Shell is not the “united voice from Ogoni.”

“The people calling for Shell to come is a faction. The real Ogoni people want the cleanup first before anything”.

“Those calling for Shell are the factions being paid by the company to make it look like Shell is gaining an upper hand in the whole issue”.

“The main Ogoni people feel excluded from the process and these people have caused division, distrust, and confusion which is even making the cleanup difficult,” one of our sources said.