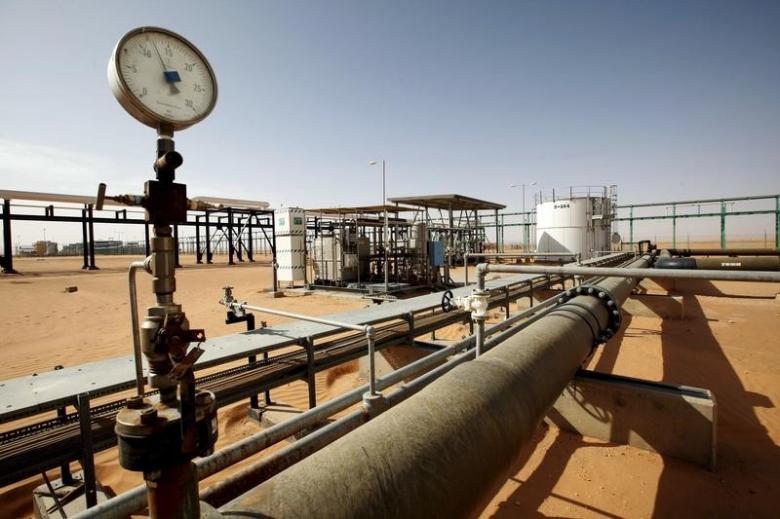 22 January 2018, London — Oil slipped on Monday under pressure from rising Libyan output and concerns that a rally that had sent prices to their highest since December 2014 had run out of steam.

But losses were limited by comments from top exporter Saudi Arabia that OPEC and other producers would continue to cooperate on their oil cuts beyond 2018 and prices also found some support from strong economic growth that underpinned demand.

PVM analyst Tamas Varga said the resumption of output from Libya’s As-Sarah was “serving as a brake on the rally”.

“The downside might be limited but last week’s highs are unlikely to be penetrated unless there is a significant bullish change on the supply front,” he said in a report.

Production at As-Sarah resumed on Sunday and was expected to add 55,000 barrels per day (b/d) by Monday.

Brent is particularly sensitive to changes in output from Libya, as most Libyan crude is priced against Brent.

Saudi Arabia said on Sunday the Organization of the Petroleum Exporting Countries and its allies had agreed to continue cooperating on production after their deal on supply cuts expires at the end of 2018. The deal began in January 2017.

Saudi Energy Minister Khalid al-Falih said rebalancing the market might not take place until 2019, suggesting it would take longer than OPEC has previously indicated.

Bernstein Energy said oil inventories might start rising soon due to a slowdown in demand that typically happens at the end of the northern hemisphere winter.

But a drop in the number of U.S. drilling rigs, an indicator of future output, offered some support. U.S. drillers cut five rigs in the week to Jan. 19, reducing the count to 747.