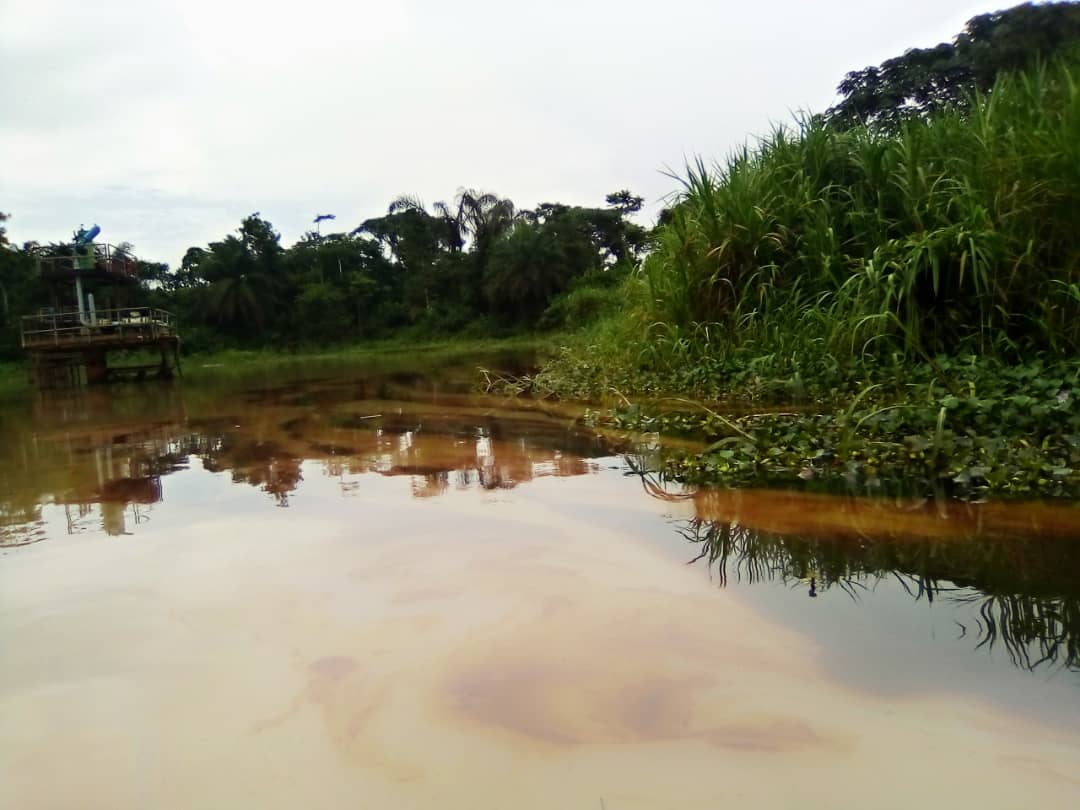 Port Harcourt — Oil spills and gas fumes from one of the many wellheads operated by the Nigerian Agip Oil Company, has rocked Ogboinbiri community in Southern Ijaw Local Government Area of Bayelsa State, devastating the environment and displacing community members.

The spill, according to community members, which occurred on Sunday night, resulted into spraying of crude oil into the environment in gaseous form, from Ogboinbiri Deep-9 facility operated by NAOC.

Agip facilities within Ogboinbiri Community include the Ogboinbiri flowstation, manifolds, pipelines and over 30 oil wells.

Confirming the development, the Environmental Rights Action ERA/FoEN, said the spill was caused by equipment failure, while calling on the National Oil Spills Detection and Response Agency to ensure serious penalty against the company.

“ERA/FoEN reports authoritatively that one of the many oil wellheads in Ogboinbiri community had equipment failure incident on Sunday, 17th October, 2021; which resulted into spraying of crude oil into the environment in gaseous form.

“ERA/FoEN had reported a similar incident on these wellheads about a year ago. And, these spills which are due to equipment failure impacts the one-way flowing Apoi Creek; affecting Ogboinbiri Community and downstream Communities like Keme-ebiama and others; all in Southern Ijaw local government area of Bayelsa State.

“NOSDRA should take steps to ensure that these reoccurring equipment failure incidents from Agip facilities within Ogboinbiri community environment does not continue without serious penalties against the company.”

Also, Youth President of Ogboinbiri community, Clinton Oseke, said oil was spewing from the wellhead in small forms like gas and then increased in a frightening dimension, before Agip stopped thr spill about two hours later.

Oseke explained that majority of the community members have relocated from the area, as the explosion was causing serious skin irritation.

“The incident happened on Sunday evening, around 4pm or 5pm and it took Agip officials about two hours to mobilise to site. And the particular wellhead that spewed the crude oil is identified as Ogboinbiri Deep 9.

“It occurred as a result of equipment failure, nor argument about that. The company officials finally put it off, but the water of creek and air we breathe are affected. While crude oil spread downstream, the fumes in the air lasted for several hours in the community environment; causing discomfort to residents.

“We were terrified whether there would be fire outbreak in the community because the wind brought the fumes to the community. The community was enveloped by the gaseous substance. In fact, a good number of community folks relocated inwards into the community. And I suffered serious skin irritation after that time.”