Oil theft: Military seizes 80,000 litres of AGO in Rivers, Delta 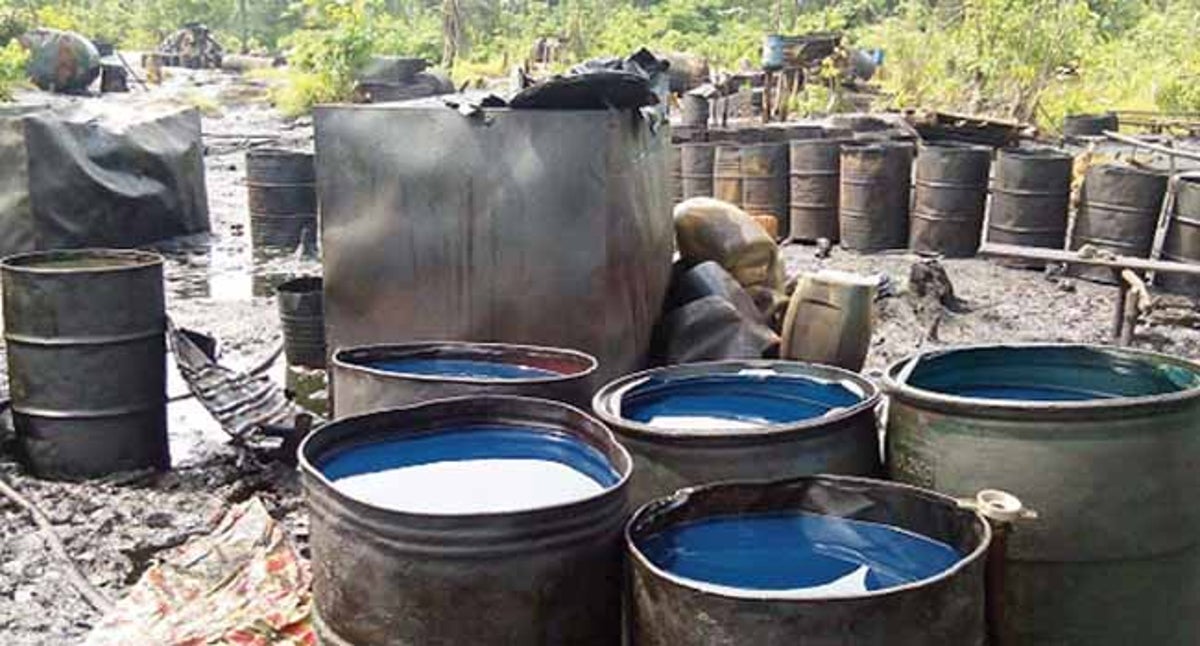 Port Harcourt — The Nigerian Military says it has seized 80,000 litres of illegally refined Automotive Gas Oil, commonly known as diesel, in Rivers and Delta states, as part of its efforts against oil theft in the country.

The military also disclosed that it intercepted 715bags of foreign rice in Cross River and Akwa Ibom State, suspected to be illegally smuggled into the country from Cameroon.

Enenche, said the High Command of the Armed Forces of Nigeria commends military operatives across the country, urging them to remain steadfast and focused as they sustain the fight against economic sabotage in the country.

He also disclosed that military confiscated 2,635.5 barrels of crude oil, while no arrests was made throughout the operations as the perpetrators fled the scene on arrival of military operatives.

“The site had five ovens, five coolers and eight surface metal storage tanks cumulatively laden with about 943.3 barrels of product suspected to be crude oil. No arrest was made as the perpetrators fled on sighting the patrol team.

“The site had four ovens, four coolers, six surface metal storage tanks and two dug out pits, cumulatively laden with about 10,000 litres of products suspected to be illegally refined AGO and 440.2 barrels of stolen crude oil.

“The storage facilities were confiscated and the site has been earmarked for swamp buggy operation.

“Similarly, on 13 June 20, acting on intelligence report, Nigerian Navy Ship Delta intercepted a large wooden boat laden with about 70,000 litres of product suspected to be illegally refined AGO in six metal storage tanks along Benin River in Warri North LGA of Delta State. Efforts are ongoing to convey the boat and content to the Base.”

The Defence Headquarters also disclosed that various patrol teams have been conducting anti-Crude Oil Theft/anti-illegal bunkering operations in its Area of Responsibility.

Enenche said Operation Calm Waters and Operation Swift Response have continued to record remarkable successes, especially in the area of anti-smuggling of prohibited goods, amongst others.

“On 9th June 20, the Nigerian Navy Ship Pathfinder, located an illegal refining site around Isaka and Alakiri general area. The site had reservoirs laden with an about 1,257 barrels of crude oil. The site was dismantled. No arrest was made as the perpetrators fled on sighting the patrol team.

“The rice was suspected to have been smuggled in from Republic of Cameroon.

“Accordingly, the bags of rice and vehicle were evacuated to Mfum Border Post for onward movement to Government Warehouse, Calabar.

“The bags of rice were evacuated to Nigeria Customs Warehouse, Uyo for further action.”