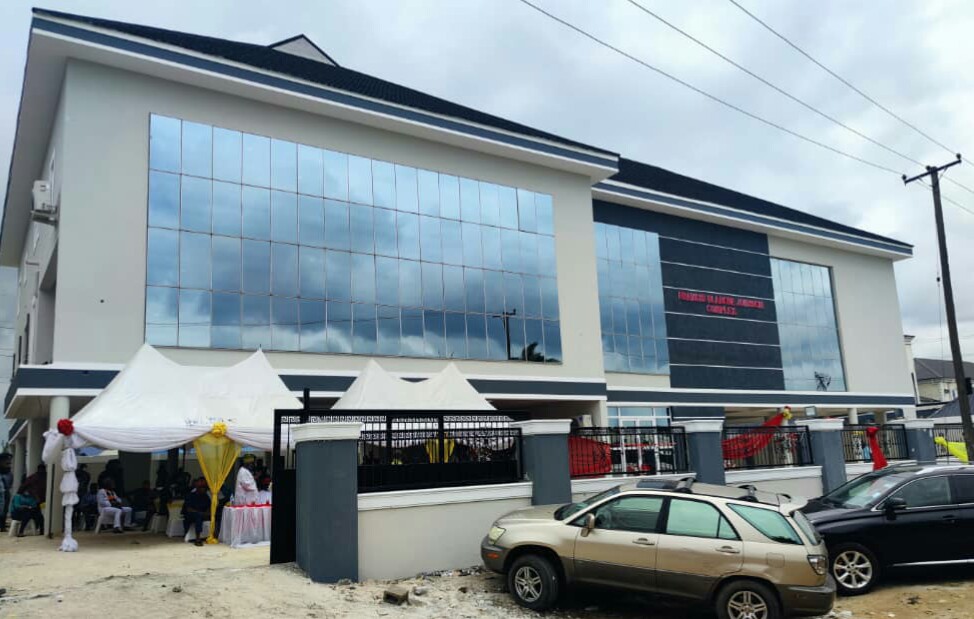 The Centre, which is named after the immediate past National President of the union, Late Comrade Francis Olabode-Johnson, has event halls, ultramodern e-library, main auditorium, facility for catering services, amongst others.

Commissioning the centre in Port Harcourt, the National President of PENGASSAN, Comrade Ndukaku Ohaeri, said the e-learning centre was the vision of late Francis Olabode-Johnson, and would be used to keep history of oil and gas development in the country.

Ohaeri also diclosed that plans are underway for the union to set up an LPG plant in Rivers State, as a means of creating jobs for the public and also to generate revenue for the union, as the union’s only source of revenue has been check-off dues from members.

“The library is principally going to be looking at oil and gas development in Nigeria. It is not enough people read in history that oil was first discovered in Oloibiri. So we are going to put documents, where people will come in to read about oil and gas, as well as the policies that have guided this Godgiven resources.

“The e-learning centre will be a reference for research, it will also provide history and documents on PENGASSAN as one of the foremost union in Nigeria, our achievements, prospects and challenges. ”

Also speaking, the Port Harcourt Zonal Chairman of PENGASSAN, Azubuike Azubuike, disclosed that the multipurpose centre and e-library was not only for members of the union, but was open to members of the public.

“This is our own way of contributing to societal development and again as a way of immortalizing our late leader, and to also encouraged the living that the good things they have done for the society will not be in vain.

For her part, widow of the immediate-past PENGASSAN President, Mrs. Adesuwa Olabode-Johnson, commended the union for immortalizing her late husband by naming the centre after him and for keeping his dreams alive.

“I feel great and I thank God for making PENGASSAN to fulfil his (Johnson’s) dream and for keeping his dreams alive. I appreciate the President and all members of the union, they have been so great and faithful to us FOJ’s family.”

Also, the Council Chairman of Obio/Akpor Local Government Area, Solomon Ekeh, said approvals for the building was done free of charge, as a way of encouraging investment in the state, adding that the council was ready to partner with PENGASSAN in any capacity.

“We are very happy to have this edifice situated in Obio/Akpor and even the proposed LPG plant in Eneka which is also in Obio/Akpor, but let me appeal to you that we need more of such investment here.”