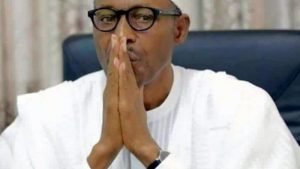 Lagos — Spokesperson for President Muhammadu Buhari, Femi Adesina, has said the presidency has no power to influence the decision of the National Electricity Regulatory Commission, NERC, to increase electricity tariffs.

Mr. Adesina made the clarification while speaking on Channels TV’s Politics Today programme on Monday following clamours from Nigerians that the presidency wades into the matter.

SweetcrudeReports on Sunday reported that NERC had issued new order to all DisCos to increase electricity tariffs starting from January 1. The new tariffs for 2019 comes four years after that of 2015.

However, according to Mr. Adesina, electricity tariff matters is not under President Buhari but that of the Ministry of Power and NERC.

“The matter is strictly not within the purview of the President but the ministry of power and National Electricity Regulatory Commission,” Mr Adesina said. “Besides, the ministry had already explained that any adjustments to the tariff will only take effect from April. So, let’s leave it at that for now.”

He added that it is too early for Mr. Buhari to wade in “even if need be”, that the president would have to carry out its investigation before approaching the matter.

“It’s rather too early to ask the president to wade in at this time. He should only be consulted as a final resort.”

He however assured that the federal government would do all to protect the “interest of the public” in new policy implementation.