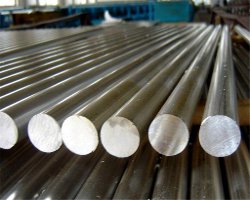 08 April 2013, ABUJA — There are indications that the Federal Government-owned Bureau of Public Enterprises, BPE, might have turned a blind eye to the mismanagement of the Aluminum Smelter Company of Nigeria, ALSCON, while the Russian firm, Rusal, ran the only smelter in the country aground.

Investigations showed that contrary to the posturing by both the BPE and Rusal that Alscon was doing well, available information filed with the Federal Government indicated that the company was bankrupt.

It was learnt that the insolvency of Alscon was what actually forced Rusal, which has been ordered by the Nigerian Supreme Court to quit the place, to suspend production last month and sack 475 workers, citing ownership uncertainty and unreliable gas supply as reasons for its actions.

A copy of the annual returns of the company for 2011, which was filed with the Corporate Affairs Commission, CAC, showed that Alscon was actually bogged down by a huge debt of N21.35billion or $136 million, which it took from Dayson Holdings Limited, the firm that actually fronted for the purchase of the Federal Government’s 77.5 percent shares in 2004.

The report shows that Rusal has come under obligation to pay at least two percent interest to Dayson Holdings since it has not been able to liquidate the loan at maturity date, thereby increasing its liability to the parent company.

Last week, workers and residents of Ikot Abasi in Akwa Ibom State protested and barricaded the main entrance to the plant after UC RUSAL management shutdown production indefinitely and sacked 475 of the company’s 700 workforce over alleged epileptic power and inadequate gas supply.

Findings showed that apart from the huge loans which the firm has been finding difficult to repay, the $120 million credit granted it by the Federal Government for the dredging of Imo River might also have been developed wings, even as the job remains undone.

Outstanding debts N22bn less than assets of N14.5bn
Despite that, a Russian firm, “Autonomous Non-Profit Organisation Marine Technologies and Safety of St. Petersburg, Russia”, has already put in invoices to the tune of N505 million for purportedly dredging the River on behalf of Rusal.

The invoices for a total of N505.05millionn or $4.03million covering the period September 2007 and August 2009 showed that payment for N187.2million or $1.382million had already been reconciled against acceptance certificate, while another N317.95million, or $2.65million were awaiting certification.

The financial statement prepared by PriceWaterHouseCoopers Limited and filed with the CAC showed that the company’s total asset base as at December 2004 was N127.14billion; N126.4billion in 2005 andN129.9billion, or $1.13billion when UC RUSAL took over in 2006.

But Rusal’s spokeswoman, Smirnova Tatyana, claimed yesterday in an interview with Vanguard that the company was not broke but was forced by unreliable gas supply and ownership uncertainty to suspend production.

According to Tatyana, the suspension of production will be lifted as soon as the contentious issues are resolved.

The BPE also denied knowledge of the huge debts being owed by Rusal, saying that it was a normal practice for a parent company to grant loans to its affiliates.

BPE denies knowledge of debts
BPE’s spokesman, Joe Anichebe, said however, that they were unaware of the dredging of the Imo River by the company.

The privatization agency may not be aware of the loan by Dayson Holdings to UC RUSAL, describing any such arrangement as an internal business matter that may not be to BPE’s knowledge. He said: “It is normal for a parent company to give an internal loan to support the operations of one of its affiliates.”

President of the American firm that won the Alscon bid, BFIGroup, Reuben Jaja, who spoke yesterday on the development at the plant, described the findings as “startling and another reason BPE officials would go to any length to frustrate its takeover as directed by the Supreme Court.”

Jaja said the Economic and Financial Crimes Commission, EFCC, should immediately investigate what the huge funds were used for and whether the river had been dredged by the Russian firm as claimed.

“It is clear ALSCON is bankrupt and in severe financial difficulties. That explains why production was shut down recently and workers had to be sacked, since there is no money to pay for salaries, gas, repair the machines and the power generators,” he said.

On allegations that the offer to BFIG to acquire ALSCON was cancelled recently following its refusal to execute the SPA transmitted to it by BPE, Mr. Jaja described such claims as “blatant lies” by BPE to discredit the reputation BFIG to cover its track.

“The truth is that BFIG has since February 13, 2013 executed the mutually agreed SPA provided by BPE and submitted to it with instructions that they execute their part and return a copy accompanied with the details of their accounts for us to BFIG to transfer the initial 10 per cent offer price”.

“As of today, they (BPE) have refused to sign the SPA and make the bank details available as requested. That is the basis we (BFIG) have gone to Supreme Court to ask that they be compelled to do so in line with the July 6, 2012 order,” Jaja said.
*Soni Daniel, Vanguard.