on: September 20, 2020In: Community Development, featured 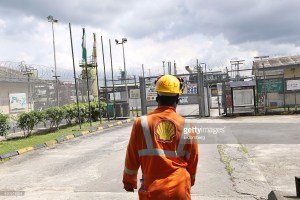 Port Harcourt — The Public Complaint Commission has been charged to prevail on the Shell Petroleum Development Company of Nigeria Limited, SPDC, to help fix the dilapidated roads linking communities in Etche LGA of Rivers State, where it was operating.

Umuebule, Chokoto, Emee and Ikwerre-Ngwo communities in Igbor Kingdom, Etche LGA who made the call, accused SPDC of abandoning their corporate social responsibility in the communities.

Representative of the communities, Chief Maxwell Onyeche, and Augustine Njoku, disclosed these when the Federal Commissioner, Public Complaints Commission in charge of Rivers and Bayelsa States, visited the area.

They particularly criticized the Dutch multinational of neglect and unjust treatment of the host communities, even while operating over 80 oil wells in the area.

Onyeche and Njoku also decried what they described as high level of abandonment by the Rivers State government, even after their campaign promises.

They explained that economic activities in the communities have been grounded, due to the dilapidated nature of the roads, as hoodlums use the roads as opportunity to commit crimes, while calling on the PCC to ameliorate the sufferings of the people.

Responding, the Federal Commissioner, Public Complaints Commission, Rivers and Bayelsa States, Marshall Israel, promised of government’s intervention, while advising the people to remain peaceful, as peace is the key to development.