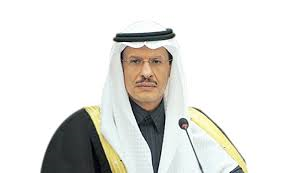 London — Saudi Arabia will try to maintain oil supplies to its major customers by drawing down crude stored at tank farms in the kingdom and in its global network while repairing and replacing installations damaged in the recent attacks.

Saudi Aramco, the national oil company, also maintains a few tens of millions of barrels of forward storage near its customers in leased tank farms in the Netherlands, Japan and Egypt.

Aramco holds crude for strategic reasons to cover emergencies, and for operational purposes to ensure an uninterrupted flow of the right grades of oil to domestic refineries and overseas customers.

The sustained drawdown over almost four years has left domestic stocks at their lowest level since 2007, numbers from JODI showed.
At the end of July, stocks were sufficient to cover 18 days’ worth of exports, domestic refinery requirements and direct crude burning in the kingdom’s power stations.

Forward cover is down from a recent peak of almost 33 days in October 2015 and is close to the lowest level for over a decade.

Stocks should enable the kingdom to maintain supplies to customers in the short term until installations at Abqaiq and Khurais can be repaired/bypassed, or alternative production and processing capacity can be brought online.

Saudi Arabia’s energy minister said on Tuesday the kingdom had already managed to recover supply to customers to its pre-attack level — by implication using stored crude.

The minister also predicted oil production would be fully restored to its previous level by the end of the month (“Saudi Arabia to restore oil output fully by end of September”, Reuters, Sept. 17).

But stocks can only cover a limited and fairly short loss of production, which underlines the importance of repairing and replacing Abqaiq and Khurais as quickly as possible.

Saudi Arabia’s crude stocks are performing their intended role to act as a cushion against an unexpected production loss but they buy only a relatively short amount of time to get production back to pre-attack levels.