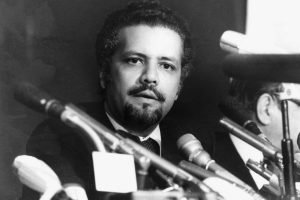 News wire — Sheikh Ahmed Zaki Yamani of Saudi Arabia, the country’s long-serving oil minister and the public face of the 1973 oil embargo that punctuated the country’s newfound role as an oil-market superpower, has died at 90.

The Wall Street Journal, WSJ, reports that Mr. Yamani suffered from poor health for years. He died in London, WSJ quoted Saudi state TV as announcing Tuesday. He is expected to be buried in his hometown of Mecca, his former colleagues said. His son, Hani Yamani, said he had died on Monday.

He served in the post for nearly 25 years, starting in 1962. At that time, the U.S.—not Saudi Arabia—dominated the global oil trade as the world’s biggest producer and consumer of the commodity. The Texas Railroad Commission regulated domestic oil prices, while American and British companies held sway over a chunk of overseas production.

When Mr. Yamani took over the oil ministry, Saudi Arabia was a middling producer in the oil-rich Mideast. But Saudi Arabia’s deposits, it turns out, were much bigger than its neighbors’, and soon the country’s output was soaring. Amid a wave of oil field nationalizations across the region, Mr. Yamani led talks to take control of the Saudi Arabia Oil Co., then a joint venture between the predecessors to Exxon Mobil Corp. and Chevron Corp.