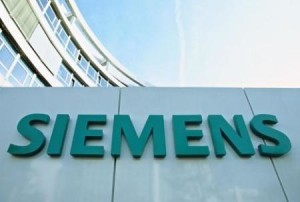 News Wire — National Grid and Energinet have awarded contracts to Germany’s Siemens and others, as they take a decisive step towards building what is set to be the world’s longest subsea power cable, the Viking Link between Britain and Denmark.

“We’re thrilled to be kicking off such an important project for the UK. Viking Link will play a vital role in helping to decarbonise the UK’s power supply,” said Jon Butterworth, chief operating officer for National Grid Ventures.

The contracts have a combined value of 1.1 billion euros ($1.23 billion), National Grid said in a statement.

The two converter stations will be built in Lincolnshire, England, and Revsing, Denmark. The Viking Link will have the capacity to power 1.5 million homes when in operation, although its start-up date has already been pushed back by a year to 2023.

The Viking Link will be National Grid’s sixth interconnector to Europe. The company already has three operational interconnectors to France, the Netherlands and Belgium.

A 1 GW link to France called IFA2 and the 1.4 GW North Sea Link to Norway are also under construction and due to begin operations next year.

Average UK daytime demand for electricity is about 32 gigawatts, depending on the season, and that power is primarily provided from gas-fired power stations, wind turbines and nuclear plants.