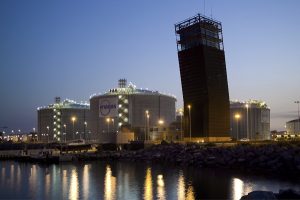 The world’s economies are clamouring for gas, oil and coal to power their recoveries from COVID-19, stoking inflation and wreaking havoc in electricity markets where the most expensive fuel sets the final price.

Enagas, Spain’s answer to the transmission system operator (TSO) which manages gas networks in every European country, said on Friday it had sold 23 of the slots which tankers carrying LNG need to offload their cargoes.

Having a slot assigned does not necessarily mean that a cargo will arrive, but this compares with a total 86 boats that unloaded their cargoes at Enagas’s terminals last winter.

This was the second “extraordinary auction” in two months, following the sale of 22 such slots in September.

“These 45 additional slots are a preventative measure to contribute to security of energy supply over the coming months, in a context of great volatility in international energy markets,” Enagas said in a statement.

The current level of gas storage in Europe is less than usual, at slightly above 75% full compared with a 90% average at this time in the last 10 years, the European Commission said earlier this week.

LNG imports in Northwest Europe were down 5.5 million tons (MT) during the first nine months of 2021 versus their levels a year ago, according to data intelligence firm Kpler.

Power shortages in China have compounded the squeeze. China’s September imports of natural gas, both from pipelines and as LNG, were at a nine-month high at 10.62 m.

Major Chinese power companies are now in talks with LNG exporters in the United States to secure long-term contracts, sources have told Reuters.

Spain is among countries calling on the European Union to consider joint purchases of gas to build up reserves.

It spent billions of euros on gas infrastructure during an economic boom, and now counts seven of the LNG regasification terminals needed to treat the liquid version before it can be used – more than any other European country.