Stakeholders seek to remove Customs from ownership of cargo scanners 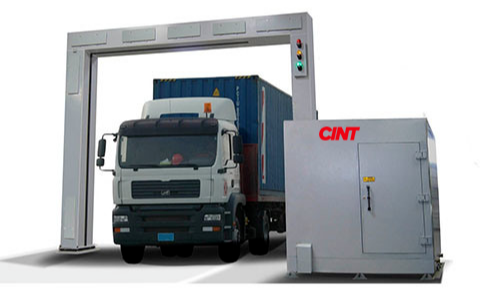 Lagos — Some maritime industry stakeholders have raised divergent views over the control of cargo scanning machines at the nation’s ports of entry.

While a segment of the industry believes that the Nigeria Customs Service, NCS, should be allowed to continue to provide and manage the scanners, some others prefer ownership and management by terminal operators.

The later opinion argue that ownership of scanners by terminal operators will ensure their efficient and competitive management, and ultimately lead to real time trade facilitation.

It will be recalled that the existing scanners were acquired and deployed in the nation’s seaports during the 2006 ports reform programme by Pre-shipment Inspection Agents.

The scanners were, however, handed over to the NCS in 2010, sequel to the expiration of the pre-shipment inspection contract.

The scanners’ services, however, began to deteriorate soon after the hand-over until they lost real time operational value and became moribund earlier this year.

While the mobile scanners are to be found at the seaports and some border stations, the fixed scanners were exclusively deployed in the border stations and a number of airports, nationwide.

Managing Director of Nigerian Ports Authority, NPA, Ms. Hadiza Usman, had at the stakeholders meeting said absence of cargo scanners has contributed to dependence on physical examination of cargo by Customs, arguing that the prevalence of this manual activities have drastically slowed down productive turn round time, leading to congestion at the ports.

Border Commands; and the Libya Out Station of Katsina/Kaduna Command were also under pressure.

To solve the problem, she called on the transportation ministry to liaise with its finance counterpart and the NCS, to expedite action before the challenge lead to full scale congestion.

“We will like the Honourable Minister of Transportation to intervene in this regard so that the Customs can deploy scanners. Scanners at our ports will facilitate examination of cargoes. With scanners there won’t be need for wasting time, where a terminal operator will have to position a container and different agencies of government then queue up to examine its content”, she said.

Chairman of Skelas Group, Prince Olayiwola Shittu, who opined that terminal operators are better placed to manage cargo scanners, however, explained that the main reason Customs have been unable to manage the scanners is because it lack a technical department that can service and maintain them.

His words, “If they have given terminals the go ahead to install scanners, they will buy standard, long lasting scanners, it will make the job easier.

‘‘As the containers are coming down, they’re going through scanners and the photo of the scanned goods is already there in the system where Customs, NAFDAC and all the regulatory agencies will have access.

“That way only 10% of cargo would have been available for physical examination.

“If Customs buy scanners do they have the technicians that will be working on the scanners?”, he asked.