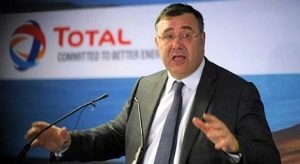 Paris — French energy giant Total will sell around $5 billion worth of assets, mostly from its upstream exploration and production business, as it seeks to focus on low breakeven projects that can weather weak oil prices, it said on Thursday.

The company reported a 19% year-on-year drop in adjusted net profit to $2.9 billion in the second quarter, which it attributed to a combination of unfavourable market factors.

These include a 7% drop in oil prices since the second quarter of 2018, a sharp fall in gas prices, and a slide in refining margins.

“Markets remained volatile with Brent averaging $69 per barrel in the second quarter – an increase of 9% compared to the previous quarter – but natural gas prices down 36% in Europe and 26% in Asia,” Chairman and Chief Executive Patrick Pouyanne said.

The company, which has carried out a spree of acquisitions and expansion plans particularly in gas and electricity under Pouyanne, said it was preparing for the future by focusing on its core strengths in the gas and deep offshore segments.

Total’s shares on the Paris bourse were flat at 0933 GMT.

Total said the focused strategy would be complemented by the sale of assets that only break even at high oil and gas prices, such as the recent disposal of mature assets in the British North Sea. Its organic pre-dividend breakeven is below $25 per barrel, while the organic post-dividend breakeven – which would allow it pay dividends and carry out investments – is below $50 a barrel.

“This active portfolio management policy will continue with the sale of $5 billion in assets over the 2019-20 period, the majority coming from Exploration and Production,” Pouyanne said.

Analysts said Total’s results were in line with market expectations.

“The announcement of the asset sales may help to offset some uncertainty around the recent growth and M&A strategy, demonstrating some ongoing discipline around the balance sheet and upstream portfolio,” Barenberg analyst Henry Tarr said in a note.

Barenberg has a “buy” rating on Total.

The company maintained its 2019 organic investment target of around $14 billion. Norwegian peer Equinor said on Thursday it will cut 2019 spending.

Total said the global oil environment remained volatile at the start of the third quarter, with uncertainty about demand growth.

Its European refining margins, while still volatile, increased early in the third quarter and its downstream business should benefit from restarting the Grandpuits refinery in France and the Leuna refinery in Germany.

In the oil industry upstream operations cover crude oil production, while downstream activities can include refining, sales and shipping.

Total said output growth should surpass 9% this year thanks to the ramp-up of projects started in 2018 and the launch of the Kaombo Sul project in Angola, Culzean in Britain’s North Sea, and the upcoming Johan Sverdrup scheme in Norway and Iara 1 in Brazil.

It rewarded shareholders by increasing its second interim dividend by 3.1% from last year’s level to 0.66 euros per share, and bought back $760 million of its shares.