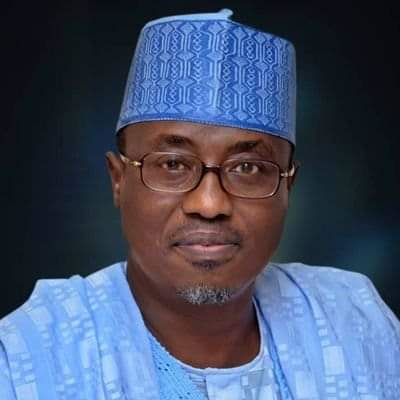 Lagos — “Nothing is so strong as gentleness, and nothing is so gentle as real strength.”
This saying captures the life and times of Dr. Maikanti Baru, former Group Managing Director of the Nigerian National Petroleum Corporation (NNPC). He still looms so large in the mirror of life, it is difficult to think he has passed; a passage that tempts one to ask God, “Why?”
But no respectable faith permits that question, and, certainly, not Baru’s faith.

A God-fearing person, he had gone for a programme in Arabic Studies in Egypt upon retirement to know Allah more and to serve Him by preaching His marvellous works.

This writer got close to him, when without any previous contact, he responded to his message to share some information within five minutes.
The communication continued, getting more and more personal until his words, which were filled with wisdom, were silenced by circumstances that led to his death.

Dr. Baru was so humble and gentle, one could mistake him for a shy person. He was a man who even felt uncomfortable with praises.

Yet he was jovial with the members of staff. In the corporation, people who tried to flatter others were called, “IRI”– Indelible Red Ink.
It’s an insider joke which originated from someone who said his boss’ name had been written in ink by his high performance. But some months after, the same person was seen rejoicing over the removal of the said boss. On the basis of that, anyone who tried to praise Baru was at risk of being called “IRI” by him.

Although, he worked for many years away from the limelight of the Twin Towers of the NNPC, it was widely known, among close industry watchers that he would be the helmsman someday.

From the upstream, midstream, to the downstream and even the services sub-sector of the oil and gas industry, he had seen all and done all, largely with excellence. And some companies in the industry were already considering his leadership in their scenario planning.

But even the best of scenario planners, among those considering him for board appointments after retirement, could never have known that such a vibrant man would pass this soon.

Dr. Maikanti Baru was a strong believer in hard work and destiny, and was also well known to face life with calmness and faith.

Back in 2016, hard work, selflessness and his deep wealth of experience had earned him the apex seat of the oil and gas industry in the country. But it was his equally strong belief in destiny which gave him strength when he lost three of his loved ones, in quick succession, during his days in office.

Barely two weeks after he lost his sister in May 2017, he lost his son, Mohammed, in shocking circumstances in the United Arab Emirates, where he was studying at the American University, Sharjah. While still mourning, his mother passed away after a brief illness at the age of 102.
Through all that, Dr. Baru was strong and calm. Although, he was very close to his mother, being the only surviving son, he took the three deaths in good faith, believing, “It was the wish of Allah.”

Baru’s strength was also on display when a leaked memo to President Buhari alleged he had overstepped his bounds in the award of contracts. In the huge political storm that ensued, he assured close associates to lose no sleep because he had done nothing wrong.

Many people believed him. Described behind his back as “a Financial Araldite,” he was prudent in financial management and transparent in resource management. This was the reason he had been appointed Chairman, NNPC Anti-corruption Committee, a position he held for many years.
As GMD, he insisted on prudence and transparency in the operations of the Corporation. Books were opened to the public and even bids for big contracts were done in the glare of public television.

In a tribute to him, President Muhammadu Buhari noted that Dr Baru worked “very hard to initiate reforms in virtually all departments of the Corporation, bringing it up to speed with global trends and best practices.”

While breaking the news of Dr. Baru’s death, his successor Mele Kyari, described him as, “My brother, my friend and my mentor; an exemplary character and disposition.”

The Nigerian Society of Engineers stated that “his stint as GMD of NNPC, where he instituted financial transparency and knowledge-based administration has remained remarkable.”

Tracking Dr. Baru’s footprints in oil and gas is made easy by his numerous achievements. A few days after he assumed duty, Dr. Baru launched his Corporate Vision of 12 Business Focus Areas (12 BUFA), detailing initiatives that have put NNPC on the enviable path of growth and profitability.

In the three years at the helm, the implementation of some of the initiatives led to, amongst others, the restoration of Nigeria’s national oil production from 1.3million barrels of oil per day (1.3mbopd) to 2.2 mbopd by end of 2016.

During Baru’s tenure, outstanding Joint Venture (JV) Cash Call Arrears were renegotiated leading to repayment agreements with JV partners. The successful execution of that strategy ensured the restoration of confidence, as well as spurring spending to increase production and reserves.
It also impacted positively on the upstream unit cost of production, reducing it from $27 per barrel to $22 per barrel.

Through his leadership also, Nigeria was set for increased domestic gas monetization to 5bscf by 2020, while a robust expansion of the nation’s gas pipeline network across the country is now taking shape.

Baru’s tenure also saw the optimization of existing oil and gas infrastructure such as depots, jetties, etc, across the length and breadth of the country, which has ensured stability of products supply and distribution nationwide.

NNPC also made vigorous efforts at frontier exploration. It was a laudable venture that did not only stop at expanding crude oil production to other inland basins across the country, but also growing the nation’s hydrocarbon reserves.

With support from the Federal Government, the NNPC under Baru recorded remarkable successes in oil search, particularly, at the Kolmani River-II Well in Bauchi and Gombe States end of the Benue Trough.

So far, current drilling activities at the area show impressive desktop estimates, with about 400Bcf of gas expected to be encountered.
Dr. Baru helped in institutionalizing policies that were aimed at developing alternative energy through renewable energy sources.

Believing the staff of the Corporation was its best asset and conscious of the need for industrial harmony, Baru ensured all staff entitlements and other welfare packages were provided promptly, helping to build their capacity which led to increased staff moral and enhanced productivity. His tenure witnessed an enduring industrial harmony, applauded by the workers unions.

Across the entire value-chain of the NNPC business and operation, Dr. Baru ensured value delivery through creating and promoting new ventures and shared services.

Notably, he achieved that through transparency and accountability, enforcing the FACTI Principle, which portrayed NNPC as a Factual, Accountable, Competitive and Transparent Company operating with Integrity.

As GMD, Baru was in charge. He read all memos, made corrections where required and was abreast with all key developments in the large Corporation.

On a Friday night, May 29, 2020, death robbed me of a great friend; one of the brightest and the best in the oil and gas industry – no IRI intended.

Luckily, history keeps record of great legacies like those of the Humble Baru.

While in office, he was very punctual and went to work seven days a week, including public holidays. He worked from 8 a.m. most times until 1a.m. the next day, saying, “I have sacrificed my family time for this job but it is for the good of the Industry and the Nation.”
In retirement, he had time to work for Allah with even greater zeal, but he got a call from above.

The human brain is too small to understand the ways of Allah, so we are made to accept the unexplainable.
The consolation is that Allah knows what He has done.
May his Soul Rest in Peace.

Baru was born in July 1959 in Misau, Bauchi State. He attended Federal Government College, Jos, for his secondary education where he graduated in 1978. He obtained a bachelor of engineering degree from the Ahmadu Bello University (ABU) in 1982 and a doctorate in Computer Aided Engineering from the University of Sussex.

A brilliant student, he made a distinction in WASC (Grade 1 with 6 As); three ‘As’ in Physics, Chemistry and Mathematics at Advance Level; a First-Class degree in Mechanical Engineering at ABU.

He worked with the Jos Steel Rolling Company for three years from 1988 before he left to join the NNPC in 1991 as an Engineering Manager, after which he held various positions including General Manager, Gas Development Division from 1997 to 1999 and Executive Director, Operations Nigeria Gas Company.

From 1999 to 2004, he served as the Chief Technical Negotiator on the West African Gas Pipeline project. He was also a GGM, National Petroleum Investment Management Services; and GGM, Liquefied Natural Gas.
Baru was appointed as the 18th Group Managing Director of NNPC, on 4 July 2016.

* Bisi Daniels, a journalist and author, worked in the oil industry for many years