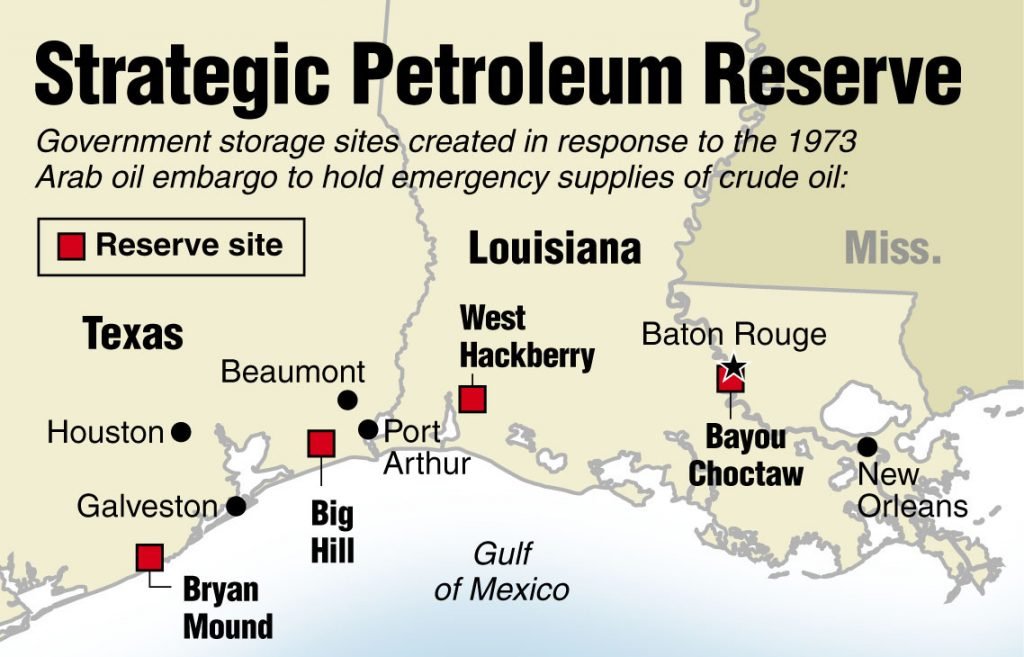 The potential release, ahead of the U.S. midterm elections in November, would aim to bring relief to customers who have seen gasoline jump 50 cents a gallon in the past year.

Even if the release temporarily sends futures contracts lower, there is no guarantee that pump prices would follow and remain down, according to analysts and market participants.

“It’s unlikely to have any measurable impact on the diesel or gasoline market in the U.S.,” said Zachary Rogers, refining and oil products analyst at Wood Mackenzie in Houston. “There’s already enough crude to run at max rates,” he said.

The reserve, which contains about 660 million barrels of crude, can be tapped in event of an emergency disruption to domestic supply and has been used to avoid price spikes in case of past disruptions.

U.S. crude oil futures CLc1 this year have climbed by more than 10 percent, prompting the United States to mull a release.

Any distribution would be a non-emergency sale, analysts said, with refiners, trading houses and others able to bid on barrels stored underground at four Gulf Coast locations.

If the reserve is tapped, much of the crude oil and refined products that would be produced could go overseas, say energy experts.

“Domestic demand is not high enough to absorb all the barrels that are being refined and turned into products,” said Kenneth Medlock, a fellow in Energy and Resource Economics at Rice University. Some supplies released from the SPR would go “back out into the market,” he added.

The United States does not lack for crude. Gulf Coast exports of crude oil and products hit an all-time record in April 2018, when the region exported nearly 6.3 million barrels per day, according to U.S. Energy Information Administration data.

Any SPR release that ended up overseas could spark “a very negative reaction” among U.S. taxpayers, said Barry Worthington, executive director of the United States Energy Association, a non-profit organization that represents companies in the U.S. energy sector.

The SPR is made up of four total storage sites located in Texas and Louisiana, according to the Department of Energy’s website. The reserves include sweet and sour crudes.

Because of their proximity to the storage sites and the sophistication of their facilities, refiners along the Gulf Coast are the most likely domestic buyers, said analysts.

“It goes back to what precisely is being released. There’s a different market for sweet and sour crude or heavy and light,” said Paul Horsnell, an energy analyst at Standard Chartered.