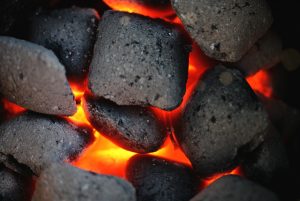 U.S. power producers generated almost 6 percent less electricity from coal in the first half of the year even as total generation rose almost 5 percent and gas-fired generation was up 17 percent.

Remaining coal units are being run for fewer hours and/or at lower rates than last year, another indication they are struggling to compete with cheap natural gas.

Capacity utilisation at the remaining coal-fired units was at or below prior-year levels in six of the first seven months in 2018 (“Electric Power Monthly”, Energy Information Administration, September 2018).

Another 9 gigawatts of coal-fired generation capacity are scheduled to close before the end of 2020, so coal consumption is unlikely to rise and will probably continue to decline in the next few years.

Most coal-fired power plants still in operation were commissioned in the 1970s and 1980s, when surging oil prices caused a shift from oil-fired to coal-fired generation.

Most are now 35-50 years old and as a result of corrosion and fatigue require expensive replacements of steam generators and other large pieces of equipment.

Retrofitting them to comply with tougher pollution controls adds to the financial burden of keeping them in service though in many cases is not the major reason why they struggle to compete.

By contrast, gas-fired units are faster and cheaper to build, cause less pollution, and can start up and ramp down quickly, so they are more flexible and better suited to following daily changes in power consumption.

Technology and economics rather than government regulations are driving the shift away from coal and towards gas-fired generation.

Coal-fired power plants have been losing market share for 30 years, with their share of total generation falling from a peak of 57 percent in 1988 to just 30 percent in 2017.

Until 2007, overall growth in electricity consumption enabled coal-fired and gas-fired generation to increase in absolute terms, even as coal went into relative decline.

Since then, however, power demand has flattened, while gas-fired generation has continued to grow, ensuring that coal-fired electricity generation has been steadily declining in absolute as well as relative terms.

The shale revolution has entrenched the shift from coal to gas by making gas supplies plentiful and keeping prices low and relatively stable.

Coal’s major advantage over gas was, traditionally, its lower price and volatility, but the fall in gas prices and increasing efficiency of gas-fired power plants has removed even this benefit.

Low gas prices now hit the number of hours that coal-fired units run and ultimately the number of coal units that remain in service as they become increasingly old.

As the remaining capacity of coal-fired power plants falls, coal consumption will continue to trend lower in the medium term.

Unless the federal government steps in to ensure coal-fired power plants run, even when they are more expensive than natural gas, the downtrend in coal consumption will continue.