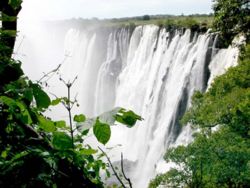 Sarah Freitas, a GFI Economist who co-authored the report with GFI Lead Economist Dev Kar, previewed some findings from the report, which looks at every country in the developing world, for the nation of Zambia in a blog post on the website of the Task Force on Financial Integrity and Economic Development.

“Our research finds that $8.8 billion left Zambia in illicit financial flows between 2001 and 2010. Of that, $4.9 billion can be attributed to trade misinvoicing, which is a type of trade fraud used by commercial importers and exporters around the world.

“This is a very serious problem. Zambia’s GDP was $19.2 billion in 2011. Its per-capita GDP was $1,413. Its government collected a total of $4.3 billion in revenue. It can’t afford to be hemorrhaging illicit capital in such staggering amounts.”

The full report, Illicit Financial Flows from Developing Countries 2001-2010, will be published on Monday, December 17th, 2012 at 18:59 EST (23:59 GMT), and will include data from 150 different developing and emerging countries. The forthcoming study is the annual update of Global Financial Integrity’s illicit financial flow estimates.