Zungeru hydropower project to be completed in 2019 – Gov. Bello 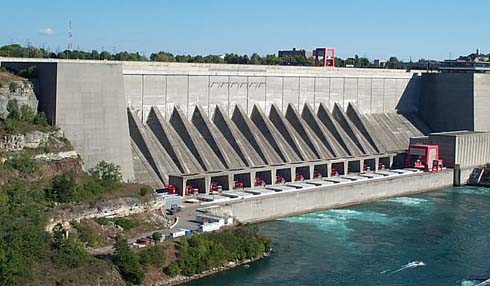 While his counterpart, Senator Philip Aduda agreed that the nation’s fourth hydro-electricity generating station would grossly improve power supply when completed in the next 25 months.

Governor Bello and Senator Aduda gave these assurances shortly after an unscheduled inspection to the power plant in Zungeru, Wushishi local government area of the state.

The governor who expressed satisfaction at the level of work at the multi-million Naira power plant said that with the President’s commitment to the project, it is a sure deal that the December 2019 deadline for delivery of the plant would be a reality.

He said, “The level of work that has been done now, when compared to the last time I visited the dam site, is quite enormous and encouraging. With what I have seen today and with the briefs by the consultant and official of the ministry of power and the contractor, I am sure that we are on course. The project will be delivered as scheduled.”

Governor Bello then commended the resettlement and payment of compensation to the affected communities by the federal government and said his administration has put in place a committee to interface with the contractor and the hosting communities with a view to resolving any differences that may arise in the course of the construction.

“We are conscious of the importance of this project not only as it affects our people, but for the nation too. That is why we put in place a committee to interface with the communities and the contractors. We don’t want anything to delay the delivery of this project. All hands must be on deck to ensure that we have a hitch-free operation on site and for the project to be delivered on schedule.”

Senator Aduda, whose committee delivered the groundbreaking ceremony of the project was elated at the progress made so far and expressed optimism that the first turbine of the power plant will be fired by December 2019.

Aduda said, “I was here about three months ago. I have followed the progress made on this plant. I was the Chairman Senate Committee on Power when the groundbreaking of the plant was done and I look with nostalgia at the tremendous progress made from then till now.

“I am convinced that the first turbine of the plant will be fired by December 2019. When we are done with this project, we will be able to inject 700 megawatts of power to the national grid and this will go a long way in improving the power sector.”