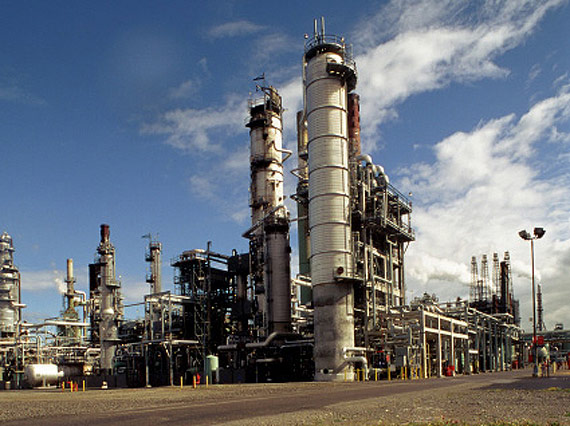 Princewill Demian
31 December 2017, Sweetcrude, Abuja – The Presidency on Saturday announced that 38 mini-modular refineries investors have so far indicated interests in the establishment of modular refineries in the Niger Delta as part of the Federal Government’s new vision for the area.

Vice President Yemi Osinbajo has also said the Buhari administration is committed to promoting the establishment of privately financed modular refineries so as to increase local refining capacity, create jobs, ensure peace and stability in the Niger Delta region.

The Senior Special Assistant to the Vice-President on Media and Publicity, Mr. Laolu Akande, disclosed this in a statement made available to journalists after an end-of-the-year review meeting of the Niger Delta Inter-Ministerial Committee presided by Osinbajo at the Presidential Villa, Abuja.

Osinbajo had noted that the Federal Government, in line with its Niger Delta New Vision, is targeting measurable objectives in its efforts towards implementing development projects in the region.

The statement disclosed that 10 of the refineries investors are at advanced stages of development. Akande put the proposed refining capacities of the 10 licensed refineries at 300,000 barrels.

“The advanced stage of development means that these projects have passed the Licence to Establish stage, while some have the Authority to Construct licence or close to having it because they have met some critical requirements in the licensed stage.

“There are three stages in the process of refinery establishment; Licence to Establish, Authority to Construct and Licence to Operate,” he explained.

Akande added that so far, 10 modular refineries are located in five out of the nine states in the Niger Delta region.

He listed the states to include Akwa Ibom, Cross River, Delta, Edo and Imo.

He explained further that two out of the 10 – Amakpe Refinery meant to be located in Akwa Ibom, and OPAC Refinery to be based in Delta State – have their mini-refineries modules already fabricated, assembled and containerised overseas, ready for shipment to Nigeria for installation.

Noting the issue of funding as a major challenge to most of the investors, and the primary reason holding further progress of the refinery projects, the Vice President directed that the Federal Ministry of Petroleum Resources keep providing the necessary support and creating the enabling environment for positive investments in modular refineries by engaging key government agencies.

The Vice President stressed the importance of ensuring that the oil communities have a stake in the modular refineries and directed that an appropriate model is developed to achieve that.

Other issues addressed at the end of the year meeting include the Maritime University, Ogoni Clean-up, and other related issues such as increasing support for Small and Medium-sized Enterprises (SMEs) in the region.

On the Maritime University take-off, the Vice President noted that further support would be given by the Federal Government to ensure the training of staff to give the best to the incoming students of the institution.

On the Ogoni clean-up, the Project Coordinator for the Hydrocarbon Pollution Remediation Project (HYPREP), Dr Marvin Dekil briefed the meeting that progress has been made in several areas of the clean-up.

He listed the evaluation of existing water facilities in the four local government areas in Ogoni land in the process of providing clean drinking water, demonstration of remediation technologies at sites in some of the impacted communities; hiring of and the technical training of Ogoni scientists. The Coordinator added that health impact assessment would be conducted in some communities in the coming weeks.