Aiteo’s Benedict Peters insists allegations against him ‘baseless, without truth’ 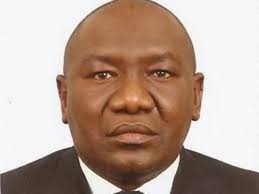 01 November 2017, Sweetcrude, Lagos – Benedict Peters, Executive Vice Chairman of Aiteo Group, has insisted that all allegations against him and the company are “baseless and without any truth”.

He made the clarification as he announced his assembling of a legal team to address the unfounded allegations. London law firm Mishcon de Reya and Washington’s Covington & Burling will lead the efforts to address the politically-motivated issues.

UK-based Mishcon de Reya is one of the world’s leading legal practices with a particular proficiency in handling contentious international disputes. Covington, headquartered in Washington, DC. United States, has an outstanding reputation in navigating complex legal issues at the intersection of law and policy around the world.

Explaining the appointments, Peters said: “I maintain my position that all the allegations are baseless and without any truth whatsoever. These unfounded allegations have caused untold disruption to my family and my business. To ensure that we remain focused, I have engaged two of the world’s leading law firms to offer both counsel and guidance in dealing with these issues.

“There is a toxic culture of politically-motivated witch-hunts that stains reputations, stifles enterprise and keeps foreign investors away from our country. For two years, I have suffered malicious, unfounded and false allegations hanging over my head.

“This persecution is being pursued to diminish the visible endeavours to position our business, and Nigeria, at the apex of the energy industry worldwide. Despite these distractions, I remain focused on the efforts to sustain Aiteo’s growth towards becoming Nigeria’s leading indigenous oil producer. It is time to address the situation and so I have decided that I must take direct legal and other action to clear my name.”

“And Peters has now decided to publicly bring every inch of this matter to the fore ,” a statement by the company added.