Alleged unrecovered TSA funds: We have no hidden accounts- NNPC 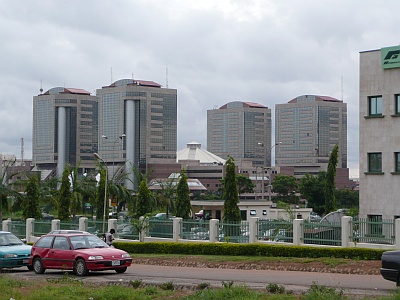 06 October 2017, Sweetcrude, Abuja – The Management of the Nigerian National Petroleum Corporation (NNPC) on Thursday, provided informed perspective to the trending media report alleging that the Corporation colluded with some banks to prevent the remittance of some funds into the Treasury Single Accounts (TSA), scheme as directed by the Federal Government.

The NNPC in a release by its Group General Manager, Group Public Affairs Division, Mr. Ndu Ughamadu, described the allegation as not only misplaced but equally misleading.

He said the Corporation had earlier taken steps to inform the Presidency, Office of the Accountant General of the Federation (AGF) and the Central Bank of Nigeria (CBN) on the existence of the said accounts prior to the creation of the Federal Government Asset Recovery Account.

The NNPC explained that it would be totally out of place to move the funds to the FG Asset Recovery Account as reported noting that it is unreasonable and sheer waste of funds to pay any agent 5 percent, whistleblowing fee for the phantom recovery of genuine NNPC funds which had been disclosed to the Presidency, CBN and other relevant stakeholders.

The Corporation said that based on this superior argument, the consultant appointed by the government to investigate the alleged hidden remittances was instructed to withdraw the pending court case against some commercial entities at the Federal High Court, Lagos.

The statement explained that in line with the directive of the Presidency, the apex bank is supervising the remittance of these funds to the CBN TSA Account and it has made great strides in this regard.

The NNPC reiterated that as an entity with fiduciary responsibility to the government and people of the Federal Republic of Nigeria, its commitment to transparency and accountability remains unwavering.

According to the July edition of the Monthly Financial and Operations Report of the Corporation which was made public on Thursday, the contribution from crude oil amounted to $392.20 million while gas and miscellaneous receipts stood at $64.72 million and $14.98 million respectively.

Providing a broader perspective, the report noted that the total export of crude oil and gas receipt for the period of July 2016 to July 2017 stood at $2.77 billion. Out of that, the sum of $2.31 billion was transferred to JV cash call in line with the budget and the balance of $0.46 Billion was paid to Federation Account.

It was noted that out of the naira receipt, the sum of N56.30 billion was transferred to Joint Venture Cash Call (JVCC) being a first line charge and to guarantee continuous flow of revenue stream to Federation Account.

In all, the Federation Crude Oil and Gas liftings are broadly classified into Equity Export and Domestic. Both categories are lifted and marketed by NNPC and the proceeds remitted into the Federation Account.

The Corporation also lifts crude oil and gas, other than equity and domestic crude oil, on behalf of the Department of Petroleum Resources (DPR) and the Federal Inland Revenue Services (FIRS), proceeds of which are remitted into Federation Account.