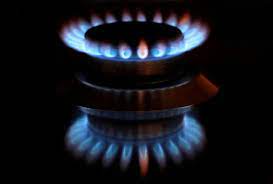 London — Energy prices for millions of Britons will soar from April after a 54% hike to the regulatory price cap, forcing the government to stump up 9 billion pounds ($12 billion) of fresh support for already cash-strapped households.

Responding to the record global gas prices that have sent almost 30 British energy suppliers to the wall, regulator Ofgem said the cap on the most widely used tariff would rise to 1,971 pounds a year from April, the same month that taxes rise.

The Bank of England also raised interest rates again on Thursday and said inflation would soon top 7%, leading to one of the biggest cost of living squeezes in recent decades.

Finance Minister Rishi Sunak, whose financial support during the pandemic may run to as much as 410 billion pounds, said he had no option but to intervene to take the “sting out of a significant price shock” for around 22 million households.

Charities and economists said the impact of the price rise would be widespread, with low-income families unable to properly heat their homes and middle-income families forced to cut back on spending elsewhere.

To ease the impact, the government will now provide state-backed loans to energy providers to spread the higher costs over five years, worth 200 pounds to consumers from October. A 150 pound rebate on local taxes will also apply to around 80% of households in England.

Governments across Europe have spent tens of billions of euros trying to shield consumers from record energy prices, either removing taxes or supporting the most needy, after gas and power costs spiked when economies reopened from COVID-19 lockdowns.

In Britain, a six-month price cap has limited the immediate impact on consumers, instead forcing the pain on to suppliers, with more than 25 going out of business since the start of 2021.

Analysts said Sunak’s attempt to delay passing on the full hit to consumers was a gamble, however, with prices seen high well into next year and beyond, and with major European gas supplier Russia locked in a dispute with the West over Ukraine.

Britain imports around half of its gas and while European gas prices have fallen back from record peaks they are still more than 300% higher than this time last year.

Craig Lowrey at Cornwall Insight said the British government’s move was not a viable long-term solution.

“Without changes, we predict the winter cap will see payments rise to over 2,000 pounds a year for the average customer. Any tools intended to reduce the immediate impact of these record high prices will mean that they are ultimately borne over a longer period,” he said.

Jonathan Brearley, chief executive of Ofgem, said the energy market had seen a once in a 30-year event price hike.

“Ofgem is working to stabilise the market and over the longer term to diversify our sources of energy which will help protect customers from similar price shocks in the future,” he said in a statement.

Charities also say that Britain needs to properly insulate many of its draughty, Victorian-era built homes.

Ofgem is also reviewing how often to update the price cap. Analysts at Jefferies said were the next scheduled review to go ahead for October, it estimates the price would be 2,240 pounds.

Charity National Energy Action said around six million households, or a fifth of homes, would be classified as in fuel poverty.

BofA analysts said that in 2020 British households spent an average of 1,370 euros on gas and electricity, above the Western European average of 1,200 euros but below Germany and France.

Britain’s opposition Labour Party had advocated a windfall tax on oil companies, a call that may get louder after Shell posted its highest fourth quarter profits in eight years.

Sunak said a windfall tax would deter investment, while Shell said such a move would do little to help consumers.