China Oct refinery output rises 9.2% from year ago to second-highest ever 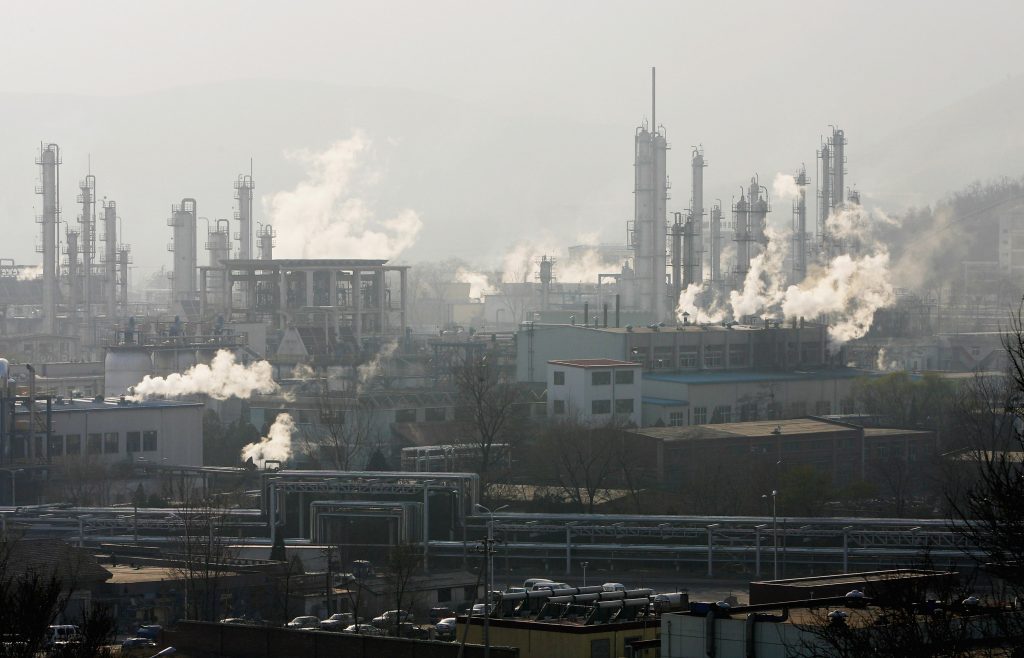 *Smoke rises from the Yanshan Petrochemical Company on November 20, 2007 in Beijing, China. Due to Beijing hosting the 2008 Olympic Games, the city will be the first in China to implement EU IV emission standards, equivalent to the fourth phase of national emission standards for motor vehicles. Yanshan Petrochemical Company, a high-quality petrol provider, has implemented an oil refining system renovation project with a total investment of over 5.7 billion yuan ($0.78 billion). Photo by Guang Niu/Getty Images.

Beijing — China’s crude oil throughput in October rose 9.2% from a year earlier to the second-highest on record, as refineries in the world’s second-biggest oil consumer and top importer ramped up output after returning from plant maintenance.

Last month, crude processing volumes were 57.84 million tonnes, or about 13.62 million barrels per day (bpd), below the record of 13.75 million bpd reached in September, data from the National Bureau of Statistics showed on Thursday.

“Most of the refineries have resumed operations from maintenance and have kept a relatively high processing rate in order to meet their annual production targets,” said Wang Zhao, an analyst with China-based Sublime Information Co.

The launch of two large-scale refineries by privately owned Hengli Petrochemical and Zhejiang Petrochemical along with the start up of an expansion at a PetroChina refinery also pushed crude runs higher last month.

Faced with a slowing economy and tepid demand for refined oil products, however, the hefty crude throughput may increase a fuel surplus in China and encourage refiners to boost product exports in coming months.

China’s crude oil imports in October rose to a record high of 10.72 million bpd, which is expected to be processed at refineries over November and December.

Average refining margins in China fell to around 200 yuan ($28.60) a tonne in October from nearly 300 yuan a tonne in August, Wang said, adding that he expected processing profits to shrink further in November.

Asia’s top refiner Sinopec posted a 35% fall in third-quarter net profit versus a year earlier due to China’s narrowing refining margins.
For the first 10 months of the year, crude throughput rose 6.4% from a year earlier to 537.1 million tonnes, or about 12.9 million bpd, the data showed.

The statistics bureau data also showed that China’s crude oil output in October held flat from a year earlier at 16.11 million tonnes, or about 3.79 million bpd, the lowest daily output so far this year.

*Muyu Xu in Beijing and Chen Aizhu in Singapore; Editing by Christian Schmollinger