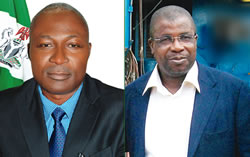 05 September 2013, Lagos – The Bureau of Public Enterprises, BPE, has continued to receive knocks for extending the payment deadline for Interstate, the preferred bidder for the Enugu Distribution Company, DAYO OKETOLA writes.

Experts have continued to criticise the Bureau of Public Enterprises and the National Council on Privatisation, NCP, for extending the payment period for the Enugu Distribution Company beyond the August 21 deadline. The extension had allowed Interstate Electrics, the preferred bidder, to eventually make part of the payment.

They argued that even if the Share Sale Agreement between the BPE and preferred bidders allowed the former to extend the payment deadline, it equally raised credibility concerns on the whole privatisation process.

This, according to them, will definitely not portray the BPE/NCP in good light.

While 14other consortia met the deadline for the payment of the remaining 75 per cent of the bid prices for the unbundled companies of the Power Holding Company of Nigeria, Interstate failed to pay for the Enugu Distribution Company.

The company, which is being promoted by Chief Emeka Offor’s  Chrome Energy, Power House International Limited and Metropolitan Electricity Authority of Thailand, made payment several days after the deadline.

Specifically, Interstate paid $12m into the BPE’s account as part payment of the remaining 75per cent of the $126m bid price for the Enugu Disco.

Sterling Bank, in a letter, a copy of which was made available to our correspondent on Wednesday, confirmed receiving N1bn from Interstate Electrics on August 30, nine days after the deadline, as part payment of the 75 per cent balance for the Enugu power asset.

A source at the BPE had earlier told our correspondent about the payment before it became a public knowledge, saying, “I heard that Interstate has paid $12m to BPE. It’s important to know that many provisions are attached to the rules governing this kind of transaction that people don’t take time to read. This may include certain waivers and extension.

“It is, therefore, left for those driving the transaction to apply the provisions if they are convinced enough. This is not new and it is done everywhere in the world but it is left for you to judge whether someone who pays $12m out of $126m,in this case, is convincing enough.”

Experts, who did not welcome the development, had accused the BPE of bending the rules to favour Interstate Electrics.

When confronted with the allegation, the BPE source denied that the Federal Government had bent the privatisation rule to favour a preferred bidder that faulted in meeting the payment deadline.

He said, “I am not aware of any rule bending. Half of the people talking about rules have not read even one page of the 72 pages that make up the rules for this transaction.”

While confusion continues to pervade the land over the legality or otherwise of the extension given to Interstate by the BPE, industry analysts say the confidence of the generality of Nigerians in the power reform programme would be affected.

An energy expert and lawyer with Banwo & Ighodalo, Mr. Ayodele Oni, said, “Contractually, the BPE and each preferred bidder may agree to extend the long stop date, which is the deadline for payment referred to in Clause 4 of the relevant Share Sale Agreement. The morality and fairness of that course of action (extension), however, is a different issue.

“Regarding the fairness of extending the time and accepting payment several days after the deadline for just one bidder, several arguments could be made against that action. Such arguments include those connected with national interest and the ’legitimate expectation’ of the reserve bidder.”

He also said, “Furthermore, it is instructive to note that the rule of law dictates that laws should, except in very limited situations, be of general application. The issues around the fairness in BPE’s ‘rumoured’ course of action particularly come to the fore when you consider that majority of the preferred bidders who met the 21st August payment deadline had to bend over backwards to achieve that.”

Similarly, an industry analyst, who asked not to be named, said, “Once the rules are bent, for whatever reasons, in a competition process that is played against some rules, credibility is taken away. It is not a matter of how important the reasons for bending the rules are or how helpful to the objective them manoeuvring is.

“It is, however, important to know the whole story before one passes judgment.  Honestly, I cannot trust the process, going by several antecedents. Such distrust and contempt, as I have, is what lack of credibility brings to a process, a system, or even a country.”

“It is standard practice that credible organisations all over the world do not participate in our competition processes. Our 2001 telecoms experience is an exception which sits only within the telecoms industry but hardly rubs on the economy,” he added.

Already, the BPE and NCP appear divided on the matter as the extension granted Interstate has pitched the Chairman, Technical Committee of the National Council on Privation, Mr. Atedo Peterside, against the Director-General, BPE, Mr. Benjamin Dikki.

According to The PUNCH  report on Wednesday, Peterside advised against an extension of time for Interstate, saying such action could affect the integrity of the transaction.

Peterside had said in the letter, “Your narration shows that this bidder appears to be reckless and undisciplined, and did not make any payment whatsoever towards the $93.24m outstanding. Showing up with a mere term sheet on the eve of an important payment deadline is evidence of un-seriousness and/or lack of focus.

“The term sheet should have been presented weeks or months before the payment deadline and not 24 hours before the deadline. This was clearly a ruse to buy some time. In the circumstances, I would strongly advise that the preferred bidder be disqualified and that we instead turn to the reserve bidder in order to maintain the integrity of the process.”

Interstate’s failure to meet the August 21 deadline had prompted the reserved bidder, Eastern Electric Company, to immediately express its readiness to pay the $126m bid price.

Other members of the consortium are NRECA of the United States, which operates in Latin America, Pakistan, Sudan and Bangladesh, and controls 10 per cent of the US one million megawatt grid; and the NET Group of South Africa, which operates the Tanzanian power system and maintains a significant presence in South Africa’s electricity business.

The Communication Consultant to Eastern Electric Company, Mr. Don Adinuba, said the consortium would not have any difficulty raising the funds needed for it to take over the power firm.

He said, “We have a robust and matchless combination of global best practices and the best experience of emerging economies. We shall not have difficulty raising the funds. The Bureau of Public Enterprises is still holding onto our $10m bank bond raised when we were bidding for the Enugu Disco.