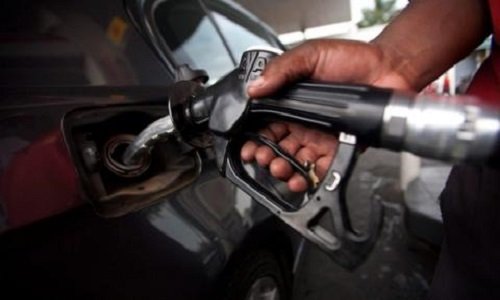 *Fuel dispensing at a petrol station.

01 January 2018, Sweetcrude, Lagos — The Independent Petroleum Marketers Association of Nigeria, IPMAN, has advised the Federal Government on how to end the current fuel scarcity in the country.

The association’s National Operations Controller, Mr. Mike Osatuyi, said the government should either give marketers subsidy or a discounted forex rate.

According to him, the existing subsidy is being given through the Nigerian National Petroleum Corporation, NNPC, as there is no provision for it in the budget.

“So, the government has to do a kind of social intervention scheme by subsidising for now because petrol is a major product that is being consumed across the board. We all know the economic situation in the country now. That is why the government has said for now it does not have the intention to increase pump price.

“So, indirectly or directly, the government is subsidising through NNPC. The subsidy element is coming from somewhere,” he said.

He continued: “…there is no provision for the subsidy for the importation of petroleum products right now in the budget. So, for you to import and you know that you have entered subsidy and can’t sell at N145, you need a permit.

“Government will not give you a permit because there is no provision for the subsidy. If the government feels that they need to give some private importers permits to import, they can do it. They can do it in two ways. One, if you don’t want to call it a subsidy because of, maybe, the noise it will generate or because the whole world will say we are back to the subsidy, you can give them a discounted forex rate, which as of today, I think should be below N250 to a dollar.

“You know we are doing N305, N307 now. The PPPRA has a template that can show the point importers can sell at N145, and they can advise the government. Another way is to pay a subsidy. If the NNPC is the sole importer, it is also buying at the international price”.

Asked when the current crisis will end, Osatuyi said it will soon if NNPC can triple its imports.