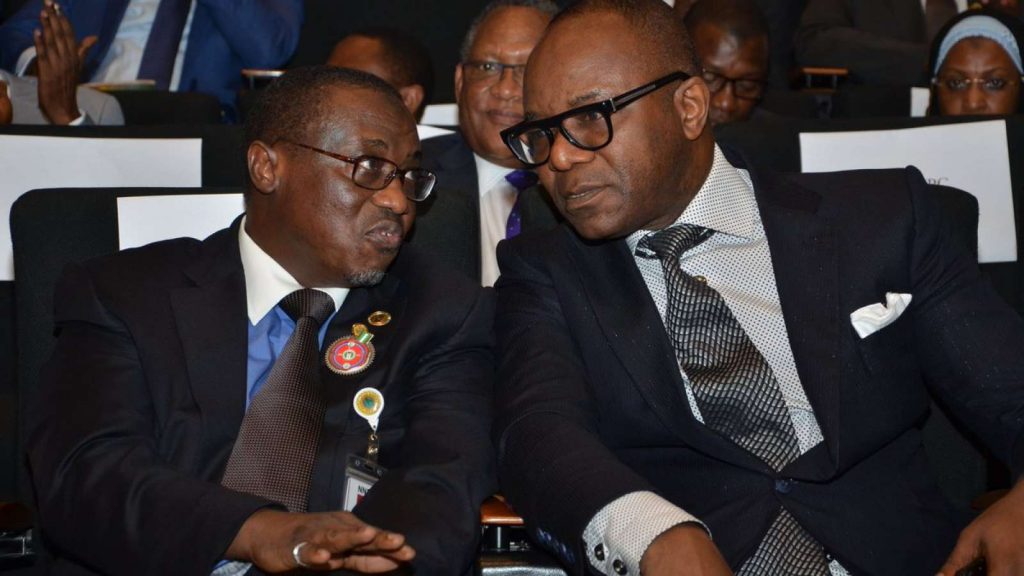 05 January 2018, Sweetcrude, Abuja – The Minister of State for Petroleum Resources, Dr. Emmanuel Ibe Kachikwu, has called for prompt enforcement of the law to check incessant diversion of petroleum products from Nigeria to the neighbouring countries.

Kachikwu made the call on Thursday in Abuja during a public hearing organised by the National Assembly Joint Committee on Petroleum (Downstream) investigating the cause of recent fuel scarcity in the country.

The minister also called for adequate policing of the country’s borders to frustrate the continued diversion of petroleum products.

Kachikwu accused some marketers of illegally maximising profit by diverting fuel meant to be supplied in Nigeria.

According to him, the incentives are attractive to those diverting these products because while petrol sells for about N300 in some countries, we are selling at N145, so you can see that they are making huge profits.

“Our borders must be properly policed and the law must be enforced in such a way that every marketer must account for every petrol that leaves his depot,” Kachikwu said.

The minister, while decrying the infrastructural decay in the oil sector, said there was a need for private sector involvement in managing some critical facilities.

He said, “For instance, there is need to encourage private sector involvement in the protection of pipelines.”

He said this at an investigative public hearing by a Joint Senate and House of Representatives Committees on Petroleum Downstream.

“Due to massive diversion, hoarding, panic buying, and smuggling, coupled with the information that three Direct-Sales Direct-Purchase Consortia had rejected October cargoes, there was an insinuation of a supply gap,” Baru noted.

According to him, the nation lost about 148,533,000 million litres of fuel to the suspected diversion during the December fuel crisis.

The NNPC GMD listed some of the key factors which were responsible for the crisis to include insufficient reserve, clearance speed, supply gap, diversion, hoarding, panic buying and smuggling.

He noted that prior to the crises, NNPC had 1.9 billion litres strategic reserve of Premium Motor Spirit (PMS), which would have lasted for 53 days.

Baru said due to panic buying, diversion and hoarding, the Corporation was unable to cope with the daily nation consumption of 37 million litres of PMS, which led to the presence of long queues at petrol stations across the country.

He, however, said that NNPC took some urgent steps to resolve the scarcity which included but not limited to the immediate activation of war room, additional imports to increase days sufficiency, 24-hour operations in all NNPC Depots and mega stations; sustained media and stakeholders engagements; increased monitoring, surveillance and sanctions as well as production at Kaduna and Port Harcourt refineries put at 3 million daily.

Baru also used the opportunity to call on the Petroleum Products Pricing Regulatory Agency (PPPRA) to review the pricing template and landing cost.

He also asked the National Assembly to approve outstanding subsidy payments and debts to marketers.

On their part, the Major Oil Marketers Association of Nigeria (MOMAN), called on the Federal Government to fully deregulate the downstream sector.

The Executive Secretary of the Association, Mr. Obafemi Olawore, also called for accelerated attention to the Petroleum Industry Bill (PIB) before the National Assembly.

Olawore said that the delay in passing the bill was frustrating efforts to deregulate the sector and ensure increased private sector participation.