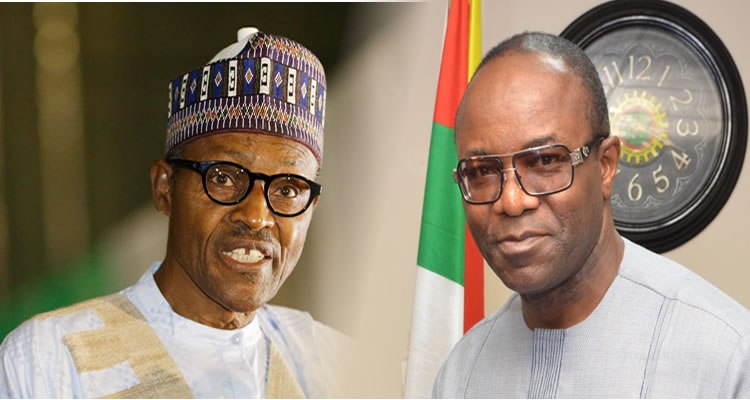 Kachikwu arrived the Presidential Villa at about 11.40 am for the meeting with lasted for just an hour.

When he emerged from the meeting, a stone-faced Kachikwu refused to speak with the media after his interview with President Buhari.

When asked what the meeting was all about, Kachikwu said, “No comment.”

The meeting is a consequence of the personal letter from Kachikwu to the President, that was “leaked” to the public.

Kachikwu, in the letter, had complained of the conduct of the Group Managing Director of the Nigerian National Petroleum Corporation (NNPC), Dr. Maikanti Baru.

Kachikwu had claimed that the NNPC GMD was sidelining him.

He also accused Baru of corrupt practices and insubordination. He also alleged that the NNPC GMD approved a $25 billion contract without following due process.

“It is in the spirit of service and absolute belief in your leadership and integrity that I have, after one year of tolerating these disrespectful and humiliating conducts by the GMD, decided to bring these to your attention,” the Minister wrote.

He called on the President to intervene and “save the office of the Minister of State from further humiliation and disrespect by compelling all parastatals to submit to oversight regulatory mandate and proper supervision” which he is supposed to manage on the President’s behalf.

He also called on President Buhari to “save the NNPC and the oil industry from collapse arising from the above non-transparent practices and empower the Board” to do the needful.

President Buhari had scheduled a meeting with the minister following his letter.