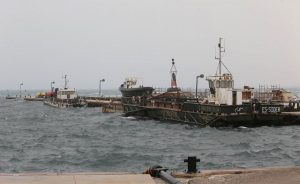 Tripoli — Libya’s National Oil Corporation (NOC) has brought under control an oil spill at an offshore storage facility, the company said on Sunday.

The leak at the Farwah facility owned by Mabruk Oil Operations occurred while a tanker was loading oil on Friday, NOC said.