Memo on Baru’s insubordination emanated from me – Kachikwu 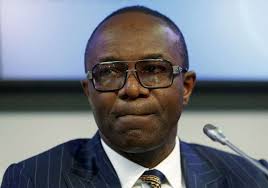 In an emailed statement made available to SwetcrudeReports, Tuesday night entitled” Publication of A Confidential Official Correspondence”, the Director of Press in Ministry of Petroleum Resources, Idang Alibi, charged that it is distressing that a confidential communication to the President on the performance of one of its parastatals would be made public.

“The attention of the Ministry of Petroleum Resources has been drawn to a publication on a memo emanating from the HMSPR (Honourable Minister of State for Resources) to the President”.

“It is noteworthy that the President has been fully supportive of the efforts of the Ministry to entrench good governance and accountability in the oil and gas sector,” the ministry further said in the statement.

It added that the Ministry of Petroleum Resources remains focused on achieving measurable progress in the implementation of the ongoing oil sector reforms in line with the mandate of the President.

Earlier today, a memo written by Kachikwu accusing Baru of insubordination went viral on the internet.

In the letter, written on August 30, the minister accused the NNPC boss of inability to submit to constituted authority, saying that could hamper developments in the oil sector.

“Parastatals in the ministry and all CEOs of these parastatals must be aligned with the policy drive of the ministry to allow the sector register the growth that has eluded it for many years” Mr. Kachikwu said. “To do otherwise or to exempt any of the parastatals would be to emplace a stunted growth for the industry,” the letter read.

The minister said Baru had taken some steps, including the recent massive shakeup in NNPC, without first notifying him.

“Mr President, yesterday like many other Nigerians, I resumed work confronted by many complications of massive changes within NNPC. Like the previous reorganisation and reposting done since Dr Baru resumed as GMD, I was never given the opportunity before the announcements to discuss these appointments. This is so despite being Minister of State Petroleum and Chairman NNPC Board,” he said.

Kachikwu then warned of the effects of “reckless disregard for existing regulations in the entrance of technological advancements” which could make fossil fuel go out of demand in years to come.

The minister urged Buhari to order the NNPC GMD to make adjustments on five issues that range from strict deference to the NNPC Board of Directors, which he heads, to unfettered collaboration among all agencies in the petroleum sector.