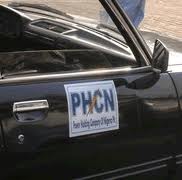 27 August 2013, Abuja – The inaugural meeting of the newly reconstituted board of the Transmission Company of Nigeria, TCN, with the Minister of Power has been scheduled for today. It was initiated by the Minister, Prof. Chinedu Nebo.

Although the Chief Press Secretary in the Ministry, Timothy Oyedeji could not disclose the agenda of the meeting, it learnt that it would focus on how to improve the power transmission network.

President Goodluck Jonathan last Friday approved a new management for the Management of Nigerian staff for the Tranmission Company of Nigeria.

The reconstitution, according to the ministry’s statement, is in line with the Presidency’s effort to re-position the power sector, and in particular, to strengthen the TCN.

The statement noted that the appointees are to work with the Manitoba Management staff on alternate basis.

Kande Daniel added that President Jonathan has also approved the re-constitution of the Supervisory Board of the TCN.

She said: “The Chairman of the 17-member Board is Haman Tukur, while the Vice Chairman is Akinsola Akinfemiwa. Other members are: Garba Sanusi, Rep. of Ministry of Power, Prof. Peter Akpor, Rep of Attorney General of the Federation, Mrs. L. Shuaibu, Rep of Hon. Minister of Finance, Okwudili Ikejiani, Representing the Minister of Petroleum, Mike Uzoigwe, Rep. of Gencos, and O.C. Akamnonu, Rep. of Discos.

“Furthermore, the President has approved the constitution of a Transitional Advisory Support Group comprising some erstwhile management staff of the TCN and the Niger Delta Power Holding Company.