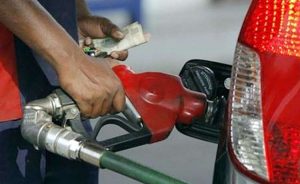 09 January 2018, Sweetcrude, Abuja – The National Bureau of Statistics (NBS) is to release no fewer than 179 reports on different sectors of the economy this year, including on the nation’s solid minerals and mining sector survey.

According to the 2018 tentative data release calendar posted on the bureau’s website, the NBS is expected to release 40 data in the first quarter.

The calendar also shows the Bureau will release data on consumer price index and inflation, price watch on diesel, petrol and kerosene.

The bureau is expected to release 51 data in the second quarter. The data will focus mainly on statistics on immigration, pension asset and membership, job creation, smart nutrition survey and labour force as well as capital importation report.

It will also focus on air transportation data in addition to petroleum products data and inflation reports.

However, the bureau will be releasing 42 reports in the last quarter of the year.

It will be releasing sectorial distribution of value added tax report, petroleum products demand survey and power sector report, among others.

The bureau will also be releasing monthly reports on FACC disbursements, consumer price index and inflation reports as well as price watch on diesel, petrol and kerosene.

The NBS released no fewer than 162 reports on different sectors of the economy in 2017.