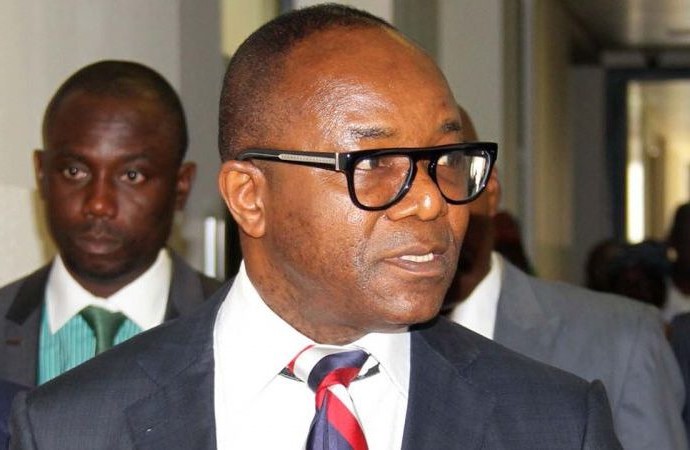 It also called for probe of the alleged scandal in Nigerian National Petroleum Corporation (NNPC) and suspension of its Group Managing Director (GMD), Dr. Maikanti Baru.

In a statement signed by its President, Nelly Emma; Secretary, John Sailor, and Public Relations Officer, Stanley Mukoro, the group said that the minister deserved to be treated fairly and accorded due respect.

According to the group, “We have been watching the activities of the GMD of the NNPC, Dr. Baru, since he came on board and we are not impressed with the way he is treating the Minister of State for Petroleum and people from the Niger Delta region working in the NNPC.

“We have seen that the GMD of NNPC is bent on destroying the solid foundation laid by the Minister of State for Petroleum and determined to frustrate the minister, but we are not going to take this likely because the oil Dr. Baru is presiding over belongs to the people of the Niger Delta region and not the North.”

It added that, “The Minister of State for Petroleum, Dr. Emmanuel Ibe Kachikwu, must be allowed to take charge of the board of NNPC.”

In another development, the Action Democratic Party (ADP) has said that President Muhammadu Buhari lacks the wherewithal to oversee the oil industry owing to the controversy surrounding the award of $26 billion contract in the NNPC. It, therefore, demanded the immediate resignation of Buhari as the Minister of Petroleum.

National Secretary of the party, Dr. James Okoroma, who addressed reporters in Abuja, also asked Kachikwu to resign his appointment since it has become apparent that he has “become a stranger in President Buhari’s cabinet.”

Also, the party called for the immediate suspension of Baru to enable investigation into alleged impropriety in the award of the contract.

However, youths, under the aegis of Arewa Youth Forum (AYF), have called for cabinet reshuffling.

The AYF in a statement signed by its National President, Alhaji Gambo Ibrahim Gujungu, posited that those expected to assist the President in his change agenda have failed in the discharge of their duties, hence the need for cabinet reshuffling.

In a statement signed by its National President, Alhaji Gambo Ibrahim Gujungu, and made available to newsmen in Kaduna at the weekend, the youths said a “situation where majority of Nigerians languish in abject poverty and penury is a worrisome development and a cause for concern.”