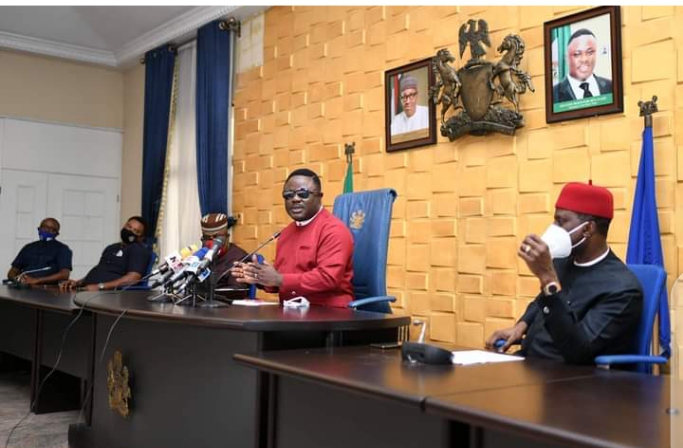 Port Harcourt — The Federal Government has announced that Cross River State has over 33 solid minerals including barite, lead, zinc, iron ore, granite, manganese, amongst others.

Minister of State for Solid Minerals, Mr Uche Ogah, made the announcement in Calabar, the Cross River State capital, during a two day working visit, where he met stakeholders in the solid minerals sector.

Ogah explained that many African countries do not have as many solid minerals deposit, as Cross River State has got, while marveling at the huge natural resources in the state.

The Minister solicited for the support of Governor Ben Ayade, in accelerating the development of the huge mineral deposits found in the state.

He also commended the governor for what he described as “outstanding successes in executing people focused legacy projects for the peace and prosperity of the people of Cross River State.”

“I understand in Cross River you have minerals like barite, lead, zinc, iron ore, granite, manganese etc. You have over 33 solid minerals. Even some nations in Africa do not have as many minerals as Cross River has got. This shows that the state is blessed.

“Part of my mission is to sensitize mine operators, members of the host communities and other stakeholders to ensure mining activities are conducted in a safe, efficient, environmental friendly manner, consistent with the provisions of the Nigerian Minerals and Mining Act of 2007.”

On his part, Cross River State Governor, Sir Ben Ayade, called for the urgent review of the Solid Minerals Act of 2007, which places the exploration and exploitation of solid minerals in the exclusive legislative list.

Governor Ayade decried the subsisting policy where mining licenses are issued to miners in Abuja, without the input of the host states where the minerals are found.

“If you look at the Mineral Act of 2007, particularly in reference to Section 1, it provides for the total appropriation of solid minerals under the purview and control of the federal government.

PMS may sell at N200/litre by Christmas – IPMAN

“It is unacceptable for an investor to go to Abuja and get a license to mine in my state, without my knowledge and without my input.

“The investor simply sits with a local chief and enter into a Community Development Agreement, which is meant to favour the investor. And so, with as little as dry gin and a little money, the community signs off a great potential because there is no involvement of the state.”

The governor therefore, urged the Federal Government to get states involved in the process of issuance of mining license to investors.