NNPC insists planned dinner with legislators not to pressure them 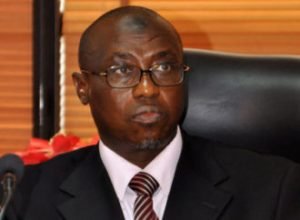 Oscarline Onwuemenyi
02 November 2017, Ssweetcrude, Abuja – The Nigerian National Petroleum Corporation (NNPC), has insisted that the planned dinner with members of oil and gas committees in the Senate and House of Representatives, earlier scheduled to hold Tuesday, was not to pressure them but was part of its routine stakeholders engagement.

In a twitter handle of the corporation, its said the engagement began since April this year.

It denied reports that the corporation was trying to influence members of the National Assembly and subvert the planned probe of its activities and its Group Managing Director, Dr. Maikanti Baru, by the senate.

“The attention of the NNPC Group has been drawn to online publication claiming it has organised a ‘Special Dinner’ for national assembly members, following plans to investigate Dr. Maikanti Baru over Honourable Minister of State for Petroleum Resources, Mr. Ibe kachikwu’s memo.

“NNPC Group wishes to state that the dinner was part of the Corporation’s routine stakeholder’s engagement which began since April this year.

“In April this year, NNPC Group had organized similar stakeholder dinner for publishers, editors and correspondents based in Abuja,” it said.

The Corporation further in its twitter stated that the dinner for members of the National Assembly had been earlier scheduled for the same April, but was postponed because the lawmakers were on recess.

It noted that the dinner was later rescheduled for May, but was postponed once again to the bereavement of Baru, who lost one of its family members.

“The dinner was to hold in July this year, again due to unavailability of the lawmakers as a result of Sallah break, it was called off.

“It is important to note that all the National Assembly Core Committees relevant to oil and gas industry have agreed on October 31 for the dinner.

“Unfortunately, the lawmakers have been slated to have an engagement with the Presidency today. Thus, the dinner has been called off.

“Having been slated since April and postponed due to circumstances, the dinner could not have coincided with the National Assembly’s investigation on the Group Managing Director.” It said

It will be recalled that the Senate had earlier in October, agreed to initiate a probe into the accusation of insubordination and abuse of due process among other issues as raised by Kachikwu against Baru.

Last week, the Chairman of the Senate Ad hoc Committee investigating the NNPC, Senator Aliyu Wamakko, said the committee is not under pressure from the Presidency or other quarters as being rumoured.

This is contained in a statement signed by his Special Assistant on Media and Publicity, Bashir Rabe Mani, and issued to newsmen on Wednesday.

The statement said that Senator Wamakko disclosed this at the Senate in Abuja on Tuesday, during the inauguration of the Committee.

Wamakko, who is also the Chairman of the Senate Committee on Basic and Secondary Education, said, “Let me dispel the rumours going round that, the committee is under intense pressure either from the Presidency or elsewhere.

“The fact is that, we are not under any pressure from anyone, let alone from the Presidency. I am sure that those of us who know President Muhammadu Buhari are quite sure that, he will never interfere in such matters.”

The statement further quoted Senator Wamakko as saying that, the Committee could not hold its inaugural meeting last week due to the absence of Chairmen of three Committees that deal with oil/NNPC.