Dublin, Ireland — Group Managing Director of the Nigerian National Petroleum Corporation, (NNPC), Mr. Mele Kyari, the legal adviser and seven group executive directors of the corporation, were all paid N3.307 billion as emoluments in 2021, according to data released recently by the corporation. 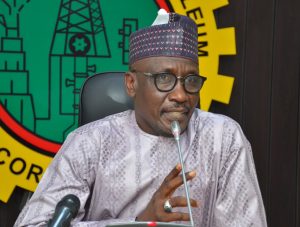 The NNPC, in its 2021 audited financial statements, reported that the emoluments of Kyari and other key management personnel of the NNPC Group in the year under review, rose significantly by 268.67 per cent from N897 million recorded in 2020.

Giving a breakdown of their emoluments, the NNPC stated that short-term employee benefits, which included salaries and wages, allowances and welfare expenses, stood at N1.04 billion in 2021, compared with N655 million in 2020; while post-employment pension and medical benefits rose from N242 million in 2020 to N2.267 billion in 2021.

The total emoluments paid to Kyari and the other eight key management personnel in 2021, translate to average emolument of N367.44 million per annum for each of the personnel; this is an equivalent of N30.62 million per month.

Furthermore, apart from the executive management of the NNPC, the total employees of the corporation received total renumeration of N388.461 billion in 2021, according to the audited financial statements, dropping by 2.16 per cent compared with N397.017 billion in 2020.