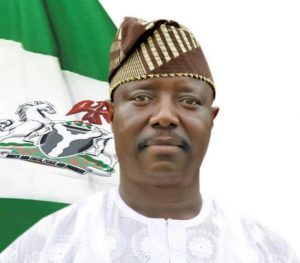 Port Harcourt — The leaks which occurred on an oil facility in Rukpokwu community, Obio/Akpor Local Government Area of Rivers State, was caused by equipment failure, the National Oil Spill Detection and Response Agency, NOSDRA, has said.
The said facility is an 8” pipeline between Agbada FS and Nkpoku Manifold, which is operated by the Shell Petroleum Development Company of Nigeria Limited, SPDC.
The spill occurred last week’s Tuesday, leaking 81 barrels of crude oil into the environment, as  residents scampered to scoop the leaked product; a development which the Rivers State Government condemned.
Speaking to our correspondent in Port Harcourt, the Zonal Director of NOSDRA, Ime Ekanem, confirmed that JIV inspection revealed the spill was not caused by sabotage, but equipment failure.

Ekanem also disclosed that a total of 81 barrels was spilled, while 54 barrels have been recovered.
He further confirmed that repair work was ongoing on the facility.
“Yes, I can confirm to you that the spill in Rukpokwu was caused by equipment failure. The tear was much, however, repair work on the pipeline is ongoing.
“81 barrels was spilled and 54 barrels recovered,” he said.