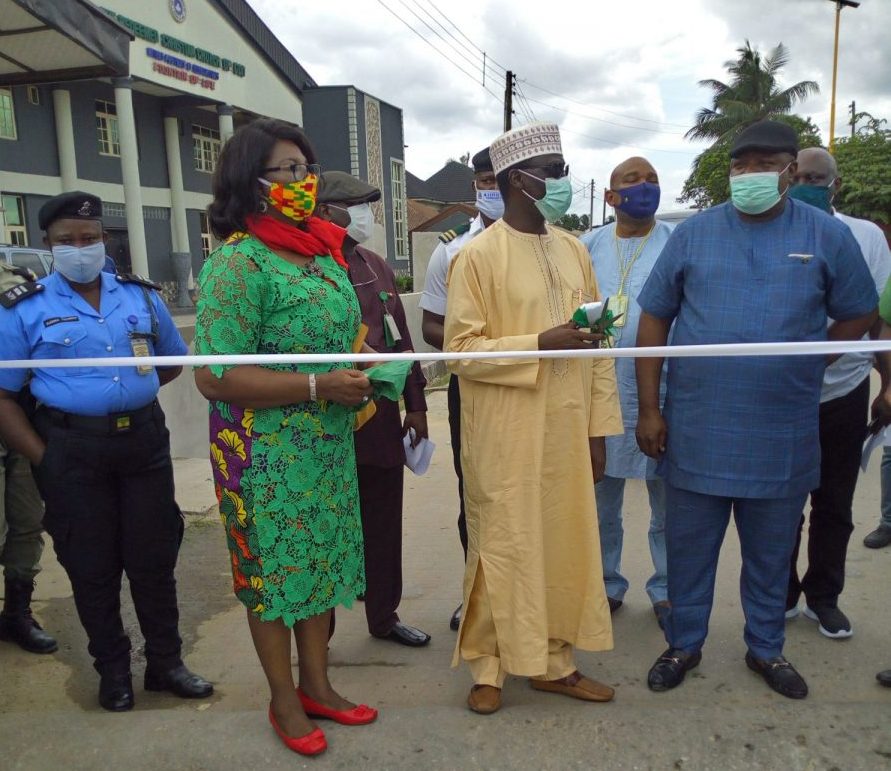 The Onne Ports Manager Alhasan Isimaila Abubakar commissioning and handing over the street lights. Next to him is Dr. Jima Osaronu who stood in for His Royal Highness, Chief John Osaronu, the king of Onne.

Managing Director of NPA, Mrs. Hadiza Usman, represented by the Port Manager, Onne seaport, Alhasan Abubakar, disclosed that the welfare of its host communities was one of its priority.

Abubakar said NPA was happy to touch the lives of its host communities, adding that since her (Hadiza Usman) appointment in 2016, the port has placed priority to attending to the needs of the host communities both in Onne and Ogu.

The Port Manager commended the NPA boss for the help she rendered to see to the completion of the project, describing it as the first of its kind in Onne, and promised to replicate same in Ogu community.

He assured of the quality of the project and guaranteed its functionality with little or no hitches in the first three years, adding that the management of NPA is equally disposed to assisting in the maintenance of the project when the need arises,

Responding, the Paramount Ruler of Lubey Community, Chief J. Osaronu, tasked the management of NPA to do more in the area of physical infrastructure, human capital development, vocational training and youth empowerment, among others.

NPA boss, others outline challenges of COVID-19 to Nigerian economy

Ololuka said the project would deter criminals from carrying out negative activities in the area, as it will be impossible for them to lurk around due to illumination in the night.

“Since the inception of this administration we have witnessed a revolution in terms of development and we are quite pleased. Out of the three demands made, one has been actualized today.”