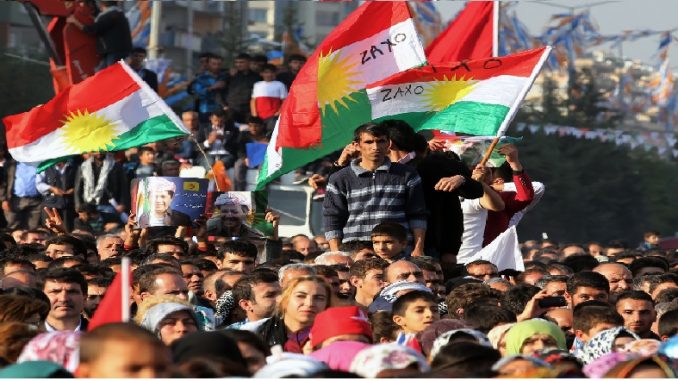 *The Iraqi Kurds look again for a safe future where they can achieve their dream in an independent state. However, this dream may be far or even impossible.

*Russia says it can handle oil at $40

16 October 2017, Sweetcrude, Lagos — Oil prices rose to $57.75 per barrel on Monday following the crisis in Iraq and an oil rig explosion in the United States of America, USA.

Fresh reports say Iraqi army forced itself into the oil city of Kirkuk, taking territory and raising concern over exports.

Iraq had launched an attack at the region on Sunday after crisis between Baghdad and the Kurdish Regional Government, KRG, worsening the tension which had been building since KRG voted for independence on September 25.

Prices also heightened over worries that the U.S might renew sanctions against Iran.

Another factor that helped was China’s increase in oil consumption, as the country’s central bank said on Monday that the economy is expected to grow by 7 percent in the second half of this year.

Meanwhile, Russia which is part of the ongoing oil cut deal with the Organisation of the Petroleum Exporting Countries, OPEC, has said the country can cope with oil at $40/b.

According to its finance minister, Anton Siluanov on Monday, the country’s budget was planned on $40/b.

“In order to minimize price fluctuations on foreign markets, we have prepared a budget which is based on a price of forty dollars a barrel. I think this is a fairly considered and conservative price which has been factored in for the next three years,” he told Consumer News Business Channel, CNBC during a live interview.