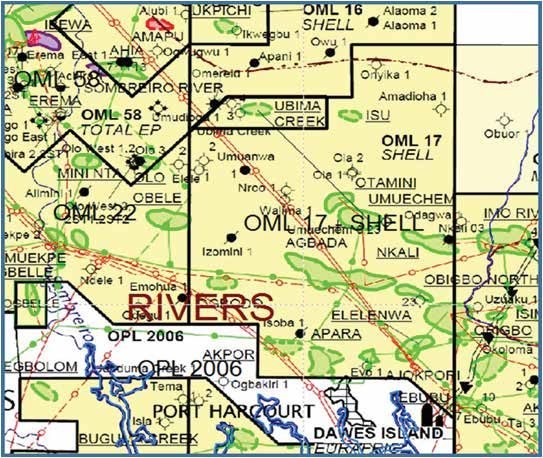 Port Harcourt — The Rivers State Government has cautioned host communities against actions capable of disrupting developmental projects in their domain, assuring that it would protect the interest of the state as well as that of investors in accordance with the law.

This is as Aminigboko, Egunughan and Owerewere communities playing host to Enwhe Field Development Project in OML22, operated by the Shell Petroleum Development Company, SPDC, had shut the site, following disagreements bordering on alleged marginalisation by the company and Abua/Odual Cluster Development Board.

The Commissioner for Community and Chieftaincy Affairs, Mr. Oliselloka Tasie-Amadi, during a meeting with stakeholders over issues arising from Enwhe Field Development Project, in Abua/Odual Local Government Area, warned that people will not be allowed to act anyhow they feel and reminded them of an extant law against extortion in the State.

Tasie-Amadi explained that conflict in one community was capable of de-marketing the state and scaring investors away, if not properly handled, pointing out that there were many peaceful ways of resolving conflicts.

The Commissioner condemned the situation where host communities transfer their internal conflicts to companies operating in their domains, while assuring all stakeholders that the state government will find a way to resolve the issues.

He tasked host communities to use all the approved and legal channels for dialogue in resolving conflicts with companies, warning that the state government frowns at obstruction of businesses or any form of shutdown of businesses by community youths over disagreements.

“We got to know that they have been having some friction, some issues and most annoyingly, I just found out that at some point they had to shut the site. And I always say that there are many ways to resolve these conflicts and if you look deep down you will find out that most of the conflicts are within the communities themselves, not even with the company.

“So they transfer their aggression to the company and these people fail to realize that it is also against the law. There is a law against extortion in Rivers State, number 5 (3) of 2010, makes it a crime to stop a business in demand of any levy or any form of gratification. There are legal methods, channels through which you can do these things, this ministry is there as well.

“So we have tried to speak to the people. We have heard all of them and even though when they speak, there is a lot underground. Principally maybe fueled by personal interest. We will find a way to resolve it, streamline all the issues, have everything working and see that we did not continue to give a negative image of Rivers State.

“I always tell people that what one small family does or what one small community does in Rivers State affects all of us. We bear the same names. When they go out there, they tell you Rivers people are like this; meanwhile it is just a small group of people who are behaving in a manner that is not in consonance with our character. Then everybody goes home and says this is how we are and then we lose investment.

Meanwhile, the Shell Petroleum Development Company of Nigeria Limited, SPDC, has confirmed that operations are currently ongoing in its Enwhe project.

SPDC Spokesperson, Mr. Michael Adande, said all stakeholders are being engaged to ensure amicably resolution and support for the project.

“All stakeholders are regularly engaged to ensure all issues are resolved and necessary support is given to this critical national asset. We enjoy the support of people and government and will continue to deliver the project in a safe and effective manner,” SPDC said.